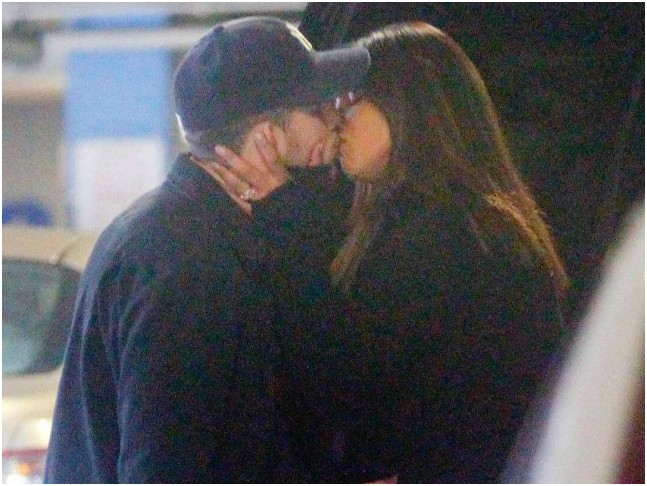 Priyanka Chopra and Nick Jonas have been making headlines ever since they tied the knot in December 2018 and for all the right reasons. The two never fail to give us couple goals and spread their romance wherever they go. Now after spending time on Valentine’s Day together, the much-in-love couple was snapped sharing a steamy kiss in a parking lot.

The pictures went viral recently on the internet and fans can't help but go crazy over their romantic lip lock. Twinning in black, Mr. and Mrs. Jonas looked oh-so-adorable as they were caught candid on camera engaging in a conversation that gave way to an intimate kiss. The pictures look like a scene straight out of a Bollywood movie. Check out their recent photos below.

Recommended Read: Priyanka Chopra and Nick Jonas twin in grey as they go on a dinner date in Los Angeles

The actress was spotted earlier in the day, yesterday, wearing a black turtle-neck sweater with black denim bell bottoms. With a Gucci tote and black mini sunnies, PeeCee completed her look with snakeskin boots that had all our attention.

For the unversed, Priyanka and Nick tied the knot on December 1 and 2 in Jodhpur, Rajasthan. The couple got married in two ceremonies including an Indian and a Christian one. The couple keeps posting mushy stuff about each other on social media and continues to win the hearts of their millions of followers.