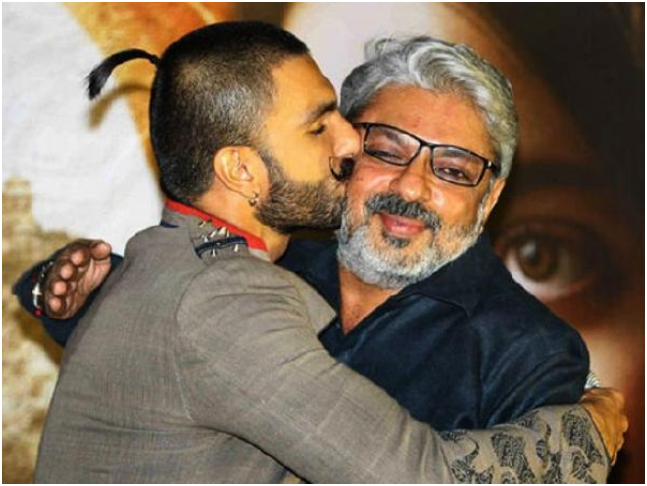 Ranveer Singh bagged the Best Actor Male (Viewer’s Choice) Award last night at Zee Cine Awards 2019 for his impeccable performance in Sanjay Leela Bhansali’s magnum opus Padmaavat. The film also starred his wife Deepika Padukone and Shahid Kapoor in the lead. Ranveer played the role of Allauddin Khilji and was highly appreciated for his performance. During his acceptance speech at the awards function, Ranveer thanked his director Bhansali, his family and fans as well as director Rohit Shetty. Ranveer especially thanked Bhansali for getting him to meet Deepika who he eventually married.

Talking about Bhansali, he said, “Duniya ki har nayab cheez par Allauddin Khilji ka hak hai. Kisne socha tha itna bura banna itni achi baat ho sakti. Ek insaan ne socha tha aur ussi insaan se itna layak samjha ki mein yeh kirdaar nibha paunga. Sir I have said this before, I will say it again and I will say it till my dying breath and I mean it from the bottom of my heart. You have shaped me as an artist; you have shaped me as an actor. If I have any kind of caliber it is because of you. You have given me my life’s most glittering opportunities; you’ve given me my life’s best performances, most memorable experiences. Aap ne mereko mere wife se bhi mila diya, aur kya mangunga mein aapse sir…aur kya mangu main upar wale se, main actor bangaya, janta ka pyaar kamaya, izzat kamayi, aur kya mangu. Apni Leela, apni Mastani, aapni Rani se shaadi kar li, sach mein hero bangaya mein toh yaar.

He further thanked his Simmba director Rohit and said, “Thank you to Rohit sir for giving me my first masala blockbuster. The boss of masala entertainment the first of what I hope will be many such films-delivering entertainment.

Thanking his family and the audience Ranveer said, “I would like to thank most of all my family, my friends and my team, whatever I am is because of you! You guys kill it for me, Thank you.” For the fans he said, “Thank you for showering me with love and accolades and I promise you I will keep working hard and try and deliver quality cinema, entertainment and try my best to try and make sure our great nation is proud of its cinema.”

Now, isn’t that the most heartfelt speech you’ve ever read? No wonder, Ranveer is such a popular actor and is well-loved by one and all.