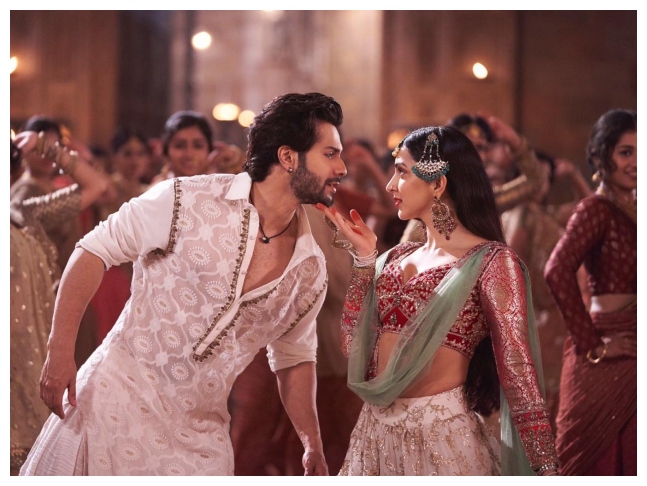 The second song from Kalank, titled First Class, has been released and it features Varun Dhawan and Kiara Advani. First Class is an upbeat dance number and shows Varun’s Zafar and Kiara’s character performing energetic dance steps in a mohalla during Eid. The song has been shot in the backdrop of a scene that features Alia Bhatt’s character Roop on the shaadi mandap with Aditya Roy Kapur’s Dev.

Handsome in a white kurta pyjama, Varun dances to First Class with Kiara, gorgeous in a lehenga choli, elaborate maang-teekas and chaandbaalis. First Class has been composed by Pritam and credit for the lyrics goes to Amitabh Bhattacharya. Arijit Singh and Neeti Mohan provide vocals to the song that is a sure shot blockbuster and has a foot-tapping tune.

Alia and Madhuri in a still from Ghar More Pardesiya[/caption]

Kalank is rumoured to be a love story, conceptualized in the backdrop of the partition. The film has been co-produced by Karan Johar under his banner Dharma Productions and is scheduled to release on April 17.