Is Will Smith making a special appearance in SOTY 2? Karan Johar answers 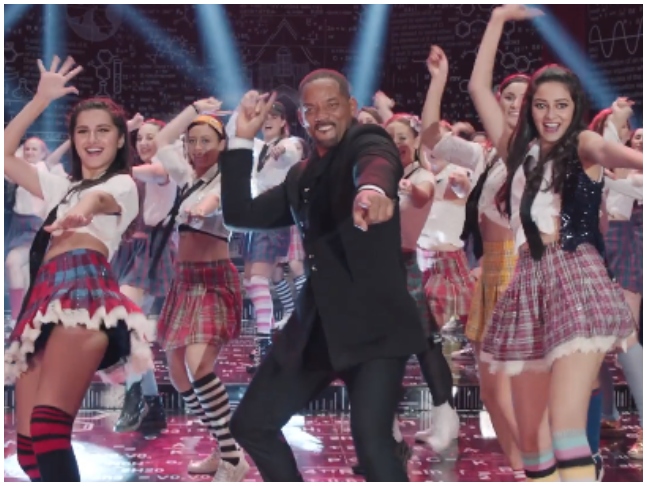 Yes, we all watched Hollywood actor Will Smith dancing to Student Of The Year song Radha with the batch of 2019 – comprising Tiger Shroff, Ananya Panday and Tara Sutaria – in his series Bucket List. But is Will making a special appearance in Student Of The Year 2? Well, at the trailer launch event of the film in Mumbai on April 12, KJo did address the question but refused to reveal details.

“One of the main things on Will Smith’s Bucket List was to dance on a Bollywood song. So fortunately, because I’ve known Will for a few years, when his team got in touch, we were ironically shooting Yeh Jawaani Hai Deewani at the same time. He came and he rehearsed on Radha, and he came and he shot that. Whether or not, he will be a part of the film that you see, that’s a question I will leave unanswered till you see the film,” KJo said at the event.

Speaking of Yeh Jawaani Hai Deewani, SOTY 2 includes a reworked version of the 1972 song with Tara, Tiger and Ananya performing to it. SOTY, in fact, also included a remix of the 1981 song Disco Deewane. Karan is a fan of retro songs and said that every SOTY film will include one for sure.

Student Of The Year 2 features Tiger Shroff in the lead role and marks Ananya Panday and Tara Sutaria’s debut in Bollywood.

Directed by Punit Malhotra and produced by Karan Johar’s Dharma Productions, SOTY 2 will release on May 10.