Advertisement
HomeBOLLYWOODENTERTAINMENT NEWS‘I have lived in about 17 houses,’ recalls Ishaan Khatter about his growing up years and the struggles his mom Neelima Azeem went through to bring him up

‘I have lived in about 17 houses,’ recalls Ishaan Khatter about his growing up years and the struggles his mom Neelima Azeem went through to bring him up

Ishaan Khatter made his film debut with Iranian director Majid Majidi’s Beyond The Clouds but it was Shashank Khaitan’s Dhadak that got him national recognition. The young actor was much appreciated for his role and the film that also starred Janhvi Kapoor became a box office success. However, the actor’s life has not been a bed of roses as he opened up about his growing up years.

Ishaan recently appeared on a podcast talked about his formative years and the difficulties he faced before making it through on the silver screen. Talking about his and Shahid Kapoor's mother, actress Neelima Azeem and her strength, he said, “I have lived in about 17 houses. I was 16 when I moved into the 17th house and now I've been in this one for about seven years. We lived in rented houses and those were years when my mother was doing various jobs on television. She was a single mother. She would earn for us.” 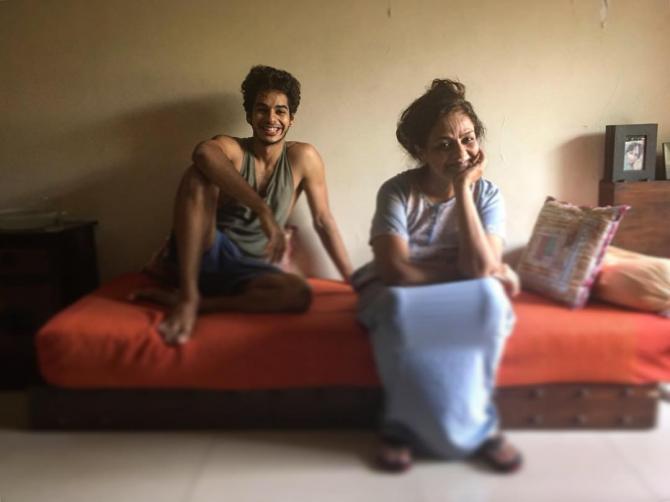 He even spoke about his passion for acting and said that he always wanted to become an actor and has been performing for his family since a very young age. He also said that he has never been afraid of being compared with his half-brother Shahid and said, “That's a worry I would have if it was not my own passion. I was always drawn to acting from a very young age and I feel every individual has his own journey. I've always been inspired by my family, never pressurized."

After Dhadak, Ishaan is yet to announce his next project.