Salman Khan bombardes his Instagram as he shares videos with nephews Arhaan, Nirvaan and Ayaan Agnihotri 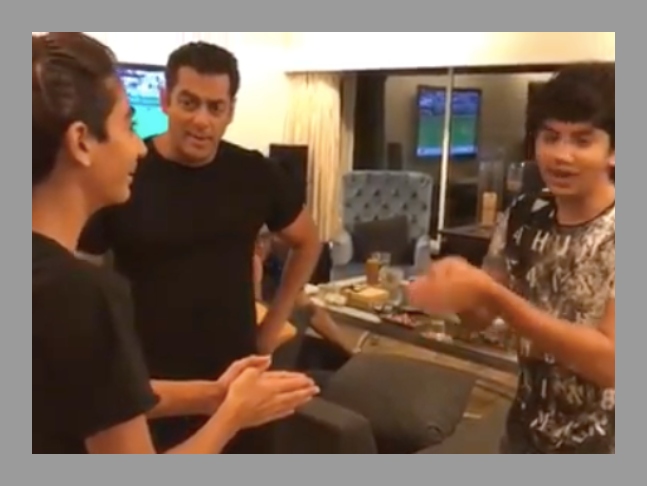 Salman Khan has been lately quite active on social media and has been sharing his series on fun videos on Instagram. While some of them highlight his fitness, others shed light on the bond he shares with family members. Now as we all know Salman is quite attached to his nephews - Arhaan Khan, Nirvaan Khan and Ayaan Agnihotri, they are the ones who feature in his latest set of videos, which feature the actor playing the 'hand-slap' game with them.

Initially, Nirvaan and Arhaan are seen playing the game and Salman is acting as the referee. In the later videos, Salman is seen playing with Ayaan and Arhaan, seperately. In the background, brother Sohail can be heard encouraging the kids while other members of the family were seen enjoying the cricket match. Check out the videos here:

RECOMMENDED READ: Salman Khan ups his Instagram game, shares video of doing a perfect back-flip as he dives into a pool

On the work front, Salman was last seen in Abbas Zafar directorial Bharat, co-starring Katrina Kaif, Disha Patani, Sunil Grover, Nora Fatehi, Jackie Shroff, Tabu and Sonali Kulkarni in key roles. The film has managed to impress both the audience and the critics.