Advertisement
HomeBOLLYWOODENTERTAINMENT NEWS'This is unfortunate': Sunaina Roshan's boyfriend Ruhail Amin lashes out at Roshans for terming him as a 'terrorist' because he is Muslim

'This is unfortunate': Sunaina Roshan's boyfriend Ruhail Amin lashes out at Roshans for terming him as a 'terrorist' because he is Muslim

Last week, Hrithik Roshan's sister Sunaina grabbed a lot of attention for not only supporting Kangana Ranaut but for alleging that her family was not accepting her boyfriend Ruhail Amin, because he was a Muslim. Mentioning how she is 'living in hell', Sunaina revealed that her family is making her life unbearable. Now in a recent interaction with a channel, Ruhail talked about the entire controversy and pointed out how the Roshans have given it a 'love-jihad' angle.

Calling the entire incident as 'unfortunate', Ruhail stated, "Labeling someone extremist just because they belong to a certain religion is simply outrageous and needs to be condemned in strongest words." He further recalled how he first met Sunaina when he used to cover entertainment for a channel. "We lost touch and reconnected through social media," he said. Apparently, he also spoke to Sunaina's parents, Rakesh and Pinky Roshan, once but they were not happy about it. "They did not approve of our friendship. I also got to know that her parents put a security ring around her post our friendship, and when she told me about it my first reaction was of disbelief and later a good laugh," he said. 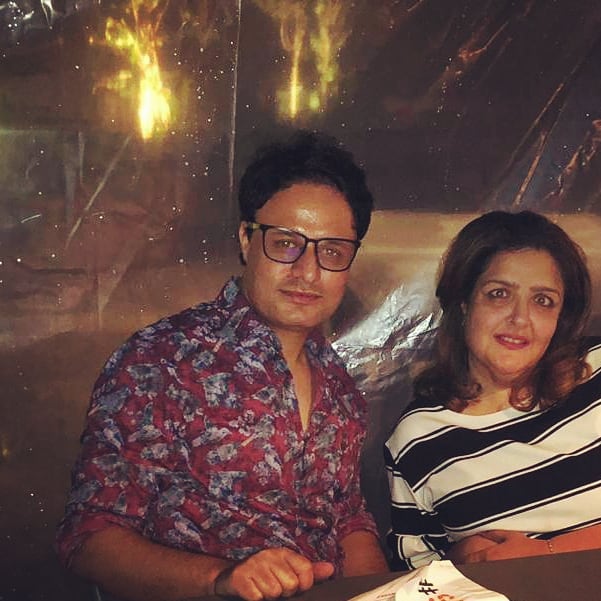 RECOMMENDED READ: She wants justice and so do I: Sunaina Roshan reveals why she reached out to Kangana Ranaut for help against her family

"Calling someone a terrorist just because of his identity is unacceptable. Religions and geographies should not become the cornerstones of defining extremism; we need to move beyond that mindset. Most importantly, we need to stand up against ignorant viewpoints, whoever has them," he was quoted as saying. When prodded why there is a problem now, considering Sunaina's brother Hrithik was married to Sussanne Khan, a Muslim, Ruhail said, "Everyone can see the irony here."

Last but not the least, Ruhail revealed that he has been in touch with Sunaina. "She wants to restart her life on a positive note and wants her family to support her decisions," he signed off.