The Lion King Hindi trailer: Shah Rukh Khan as Mufasa shares life lessons with son Aryan Khan’s Simba, reminds him that he is the ‘true king’ 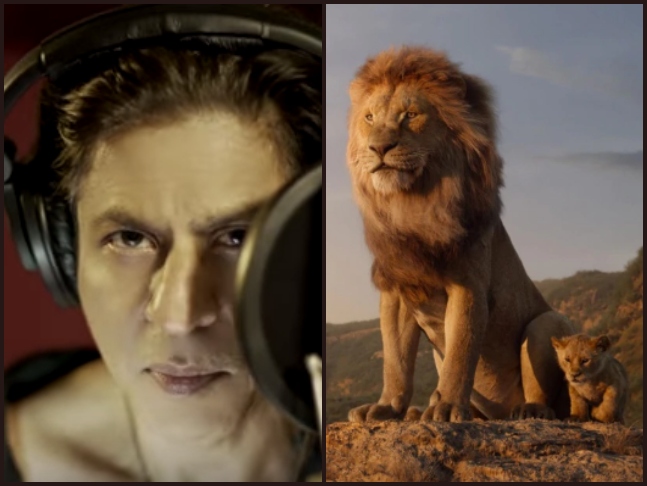 Ever since Shah Rukh Khan revealed that he will be voicing Mufasa in the Hindi version of Disney's live-action The Lion King and his elder son Aryan Khan will be the voice of Simba, fans have been eagerly awaiting for the trailer of the film to drop. SRK and Aryan will be teaming up 15 years later in The Lion King, they last gave voice for Mr. Incredible and his son Dash in the film The Incredibles. Today, Shah Rukh shared a recut version of The Lion King Hindi trailer in which he is seen giving crucial life lessons to his son Simba.

Shah Rukh took to social media to share the cut version and gave a glimpse of himself as Mufasa in the trailer. Just like the English trailer, it didn’t have Simba speak but the lion cub did make an appearance. The trailer opens with footage of SRK in the recording studio as he gives life’s lesson to his son and says, “Simba, main hamesha tumhare saath rahoonga, bas yaad rakhna ki tum kaun ho…Ek sachcha raja. Hum sab kahin na kahin ek nazuk si dorr se bandhe hain, aam log aksar yeh sochte hain ki who kya le sakta hai lekin ek sachcha raja sochta hai ki who kya de sakta hai. Simba, hamesha yaad rakhna ki tum kaun ho…ek sachcha raja (Simba, I will always be there with you, just remember who you are…a true king. We are all tied together by a common thread. Ordinary people think of taking things but a true king think of what he can give back. Simba, always remember who you are…a true king).

Delighted to be a part of this global legacy. In Cinemas 19th July. Yaad Rakhna. #TheLionKing @disneyfilmindia https://t.co/T2OfU4JspC

The Lion King Hindi also has voice over from Ashish Vidyarthi as the villain Scar, Shreyas Talpade as the wise-cracking meerkat Timon, Sanjay Mishra as the slow-witted warthog Pumbaa, and Asrani as the red-billed hornbill Zazu. The film is directed by Jon Favreau and is slated to release on July 19 in English, Hindi, Tamil and Telugu.