Advertisement
HomeBOLLYWOODENTERTAINMENT NEWSMeezaan and Ranveer Singh reportedly shake a leg to 'Malhari' at a friend's wedding and we cannot wait to watch it!

Meezaan and Ranveer Singh reportedly shake a leg to 'Malhari' at a friend's wedding and we cannot wait to watch it! 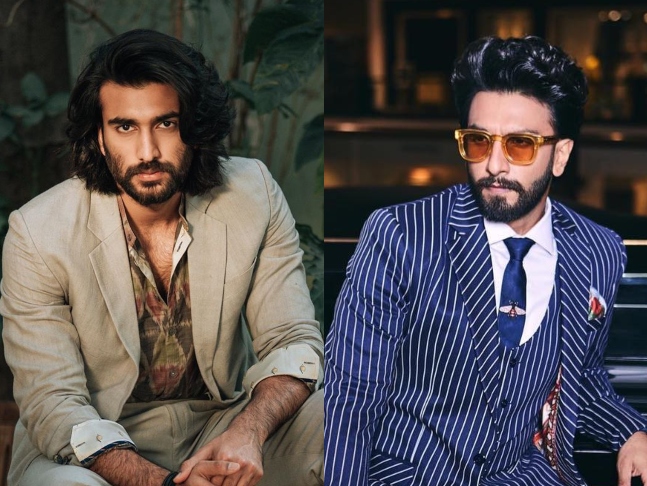 Sanjay Leela Bhansali is set to launch Jaaved Jaaferi's son Meezaan and his niece Sharmin Segal in Malaal, under his banner, Bhansali Productions. The trailer and the songs of Mangesh Hadawale directorial have been received well and has piqued the interest of the audience. Not to forget, Meezaan is grabbing a lot of attention for his uncanny resemblance with Ranveer Singh. Now as per report in a leading daily, Meezaan recently shook a leg with powerhouse performer Ranveer at a wedding.

Apparently, both of them were invited for a wedding by their common friend, and that's where they showcased their moves on the chartbuster Malhari. The report further stated that the audience was excited to witness the surprise and we certainly cannot wait to see the video now!

RECOMMENDED READ: Ek Malaal song: It's raining emotions for Meezaan and Sharmin Segal in the title track of their debut film Malaal

Interestingly, it was Sharmin who introduced Meezaan to SLB on the sets of Bajirao Mastani (2015).  Later, he assisted the filmmaker on Padmaavat (2018), starring Ranveer Singh, Deepika Padukone and Shahid Kapoor. For those caught unaware, he also appeared in two scenes in Padmaavat when Ranveer Singh couldn't shoot, due to some brand commitments.