Advertisement
HomeBOLLYWOODENTERTAINMENT NEWSAnanya Panday’s initiative ‘So Positive’ gets a thumbs up from Tiger Shroff, Hrithik Roshan, Alia Bhatt and several other Bollywood celebs

Ananya Panday’s initiative ‘So Positive’ gets a thumbs up from Tiger Shroff, Hrithik Roshan, Alia Bhatt and several other Bollywood celebs 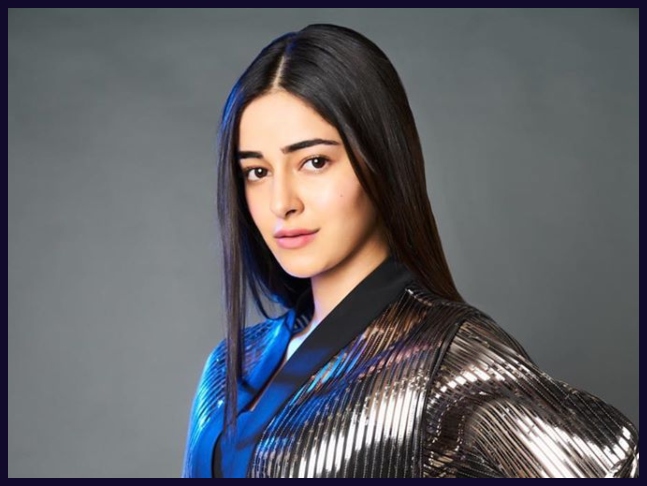 Actress Ananya Panday on the occasion of World Social Media Day, announced her new initiative named 'So Positive' in order to confront social media bullying. The teen sensation also shared the logo of the initiative and changed her profile picture to the same across all her social media handles. Right after the announcement, the ‘Best Student’ was showered with appreciation from all across Bollywood who hailed her for taking up this cause! Immediately, after she announced this important initiative, the actress got a lot of support not only from the media and her fans but also from a lot of celebrities.

Bollywood actors, filmmakers, friends and family are hailing the actress and this indeed is a moment of pride for all! Posting a video on her social media handle, Ananya Panday announced her new initiative named ‘So Positive’ as a Digital Social Responsibility (DSR). All platforms are flooded with appreciation for the sensation that has not only stood up against social media bullying but is enabling all with the same power.

#Repost @sopositivedsr with @get_repost This Social Media Day.. Let's All strive to be 'So+' ! #SocialMediaDay #SocialForGood

RECOMMENDED READ: Decided to bring this up because it's very relevant, says Ananya Panday on announcing 'So Positive' initiative

Her co-star Tiger Shroff wrote, "This is Amazing. All the best @ananyapanday". Her friend Sanya Malhotra said, "Such and amazing initiative @ananyapanday !#saynotocyberbullying with @sopositivedsr". Alia Bhatt wrote, "Way to go @ananyapanday! Positivity all the way". Kartik Aryan her co-star for her second film wrote, "Positivity being spread by the most positive [email protected] Proud of you."

Arjun Kapoor wrote, " Good on you @ananyapanday proud of ya!!! Don't let them win never back down and always believe in who you are and where your from.. proud of you... " Janhvi Kapoor wrote, "So happy and proud you've decided to spread awareness about cyberbullying. More people need to spread positivity!!" Malaika Arora wrote, " Say no to cyberbullying... Say yes to @sopositivedsr Awesome @ananyapanday"

Gauri Khan, "Good initiative @annayapanday.. raising awareness about the subject. @sopositivedsr". Maheep Kapoor, "Say no to cyberbullying!!! Proud you are raising awareness on this subject @ananyapanday well done." Badshah wrote, " Such a great initiative by @ananyapanday to fight cyberbullying. So follow @sopisitivedsr and show your support towards the cause". Apart from these names, People the who’s who of Bollywood namely Karan Johar, Ishan Khattar, Shweta Bachchan, Kiara Advani, Deanne Panday, Mudassar Asis, Farah Khan Kunder and Anurag Kashyap amongst many other too supported the actress.

A part of growing up is taking responsibility & as a woke Millennial I, Ananya Panday introduce you'll to my Digital Social Responsibility initiative 'So+' @SoPositiveDSR
.
.#SoPositive pic.twitter.com/fPWu5Hk4Si

‘So Positive’ is an original cause taken up by Ananya which is backed with substantial data, research and behavioural statistics. The initiative aims at creating and spreading awareness about social media bullying. The initiative’s prime focus is to make people aware of the fact that this issue exists and stays very prevalent in society. Also, the steps that can be taken by the recipients of this destructive criticism in order to deal with this.

With her new initiative launch, Ananya has been receiving immense appreciation for Student of the Year 2 and was the only student to pass with flying colours, hailed as the ‘Best Student’ all across. The actress is one of the most sought after names for brands where she is already the face- a brand ambassador for the most iconic brands of all times. From being a  filmmaker’s favourite to a sensation for the world, Ananya is the star who has emerged as the favourite for all.

Entering Bollywood as the youngest star and creating a mark for herself with her promising debut along with a winning streak all across, Ananya has been vocal for the cause. Hence, Ananya’s announcement is surely a greater responsibility and proves her to be the real ‘Next-gen Star’. With everyone is pouring in their love and appreciation, we also hail the ‘Best Student’ Ananya Pandey for this brave step which surely is a big step towards this important cause!