Advertisement
HomeBOLLYWOODENTERTAINMENT NEWS‘It’s a beautiful relationship, with our kids and with us as friends’, says Hrithik Roshan on his relationship with ex-wife Sussanne Khan

‘It’s a beautiful relationship, with our kids and with us as friends’, says Hrithik Roshan on his relationship with ex-wife Sussanne Khan

There are several married couples in Bollywood who are divorced and cannot see eye-to-eye. They are no longer on talking terms and never miss an opportunity to take digs at each other. However, some partners are extremely civil to each other and help each other out by co-parenting and remaining BFFs. One such couple is Hrithik Roshan and his former wife Sussanne Khan. The star has a great relationship with his ex-wife to whom he was married to for 14 long years. The two got married in 2000 and divorced in 2014. They have two sons Hrehaan and Hridhaan.

In a recent interview with a magazine, Hrithik spoke about the great relationship he shares with Sussanne. He said, “In The Prophet, Kahlil Gibran talks about love being a temple that’s held up by two columns. If the columns become one, the temple will topple. The further apart they are, and the stronger they are, the bigger the temple of love. So, you have to respect each other’s individuality. It’s vital to be self-sufficient in your emotional needs. So, anything that comes from the other person is welcome, but you don’t demand it." 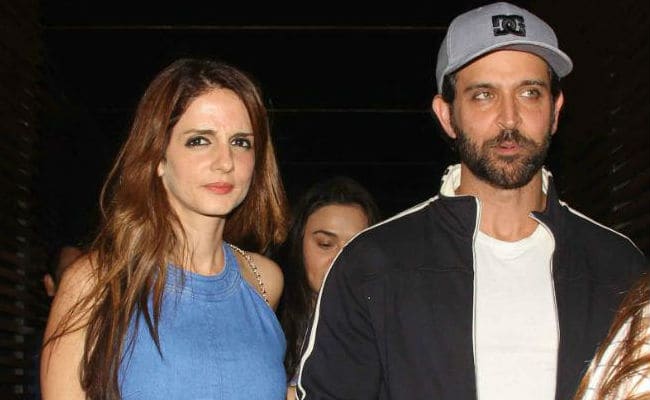 RECOMMENDED READ: I felt only Tiger Shroff had the power to stand in front of me: Hrithik Roshan on Siddharth Anand's action film

Sussanne had also come to Hrithik’s family’s defense when the actor’s sister Sunaina had tweeted that she was living in hell. Talking about her support Hrithik further said, “It’s a beautiful relationship. With our kids, with us as friends, it’s all about wisdom. One thing is for sure: Love can’t turn into hate. If it’s hate, it wasn’t love. The flipside of love is also love. Once you understand that, you’ll keep finding ways back into love.”

Hrithik is gearing up for the release of his film Super 30 in which he essays the role of mathematician Anand Kumar. The film is slated to release on July 12.