Advertisement
HomeBOLLYWOODENTERTAINMENT NEWS'He is the film’s good luck charm,' says Satish Kaushik as Salman Khan comes on board as the producer of his directorial comeback 'Kaagaz'

'He is the film’s good luck charm,' says Satish Kaushik as Salman Khan comes on board as the producer of his directorial comeback 'Kaagaz'

Satish Kaushik, who reunited with Salman Khan recently for his latest release Bharat where he played the captain of a naval ship, is all set to collaborate with the superstar again but this time in a different capacity. Salman is ready to come on board as the producer for Satish's directorial comeback film titled Kaagaz starring Pankaj Tripathi and Monal Gajjar.

An excited Satish opened up about the reunion and said, “Salman is the film’s good luck charm and it all happened because of Bharat. One day, last August in Malta, we were discussing Salman’s role in promoting good cinema and talent and in the course of the conversation, he asked me what I was working on. I told him about Kaagaz and he loved the story. I asked him if he’d like to present the film and he immediately agreed. I narrated the script to him after returning to Mumbai, and we started filming in October. I am happy to inform that Salman Khan is on board as a producer.” 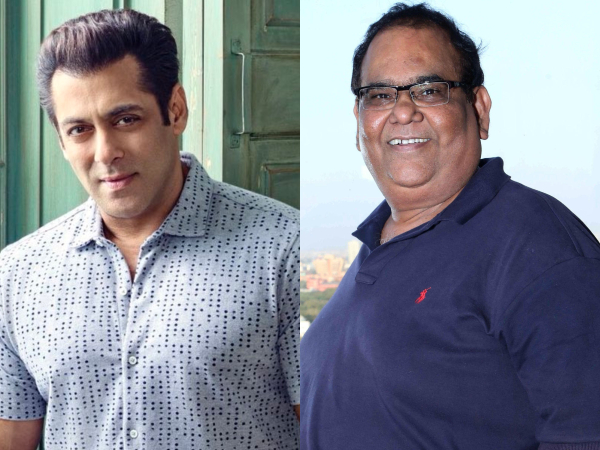 Recommended Read: Salman Khan to collaborate with Satish Kaushik once again; will produce his directorial 'Kaagaz'?

Set in UP, it is inspired by the real-life story of Lal Bihari, a farmer declared dead on paper when his relatives connived with a corrupt official to snatch his land. “I am directing a film after a long time and have tried to reinvent myself. Stree, Badhaai Ho and Article 15 are new-age cinema and Kaagazbelongs to that space. Pankaj has done a brilliant job. The film is very close to my heart and I am grateful to Salman for supporting my vision. After Tere Naam I couldn’t make another film with him, I am glad that we have collaborated on this one. When he saw the rushes, he reacted, saying, ‘Sir, iski copy nikalo,’” Satish added.

When asked about Tere Naam 2, Satish said, “I know the audience is waiting for it, I have something on my mind, but I haven’t sounded out Salman yet. For now, it’s all about Kaagaz,” he concluded.