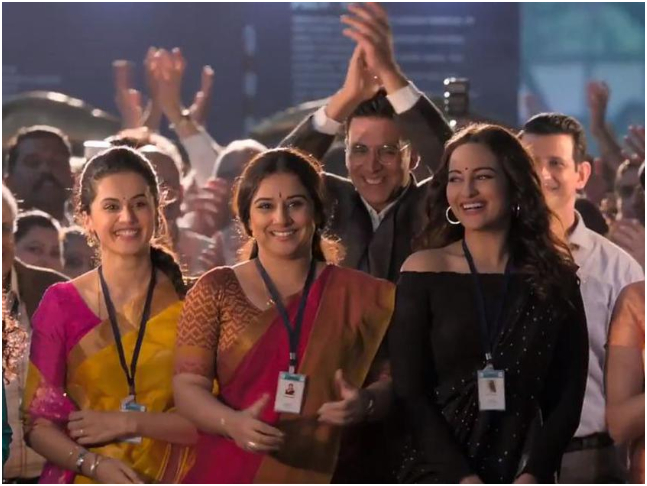 While the trailer has been getting a reaction from audiences and critics, Twitterati has not been far behind to put in their two cents as well.

Among the most popular ones was actor Akshay's dailouge, "Mujhe abhi tak nahi pata kaise karenge, par karenge sir. Karna hi hoga (I still don't know how we will do it, but we will do it, sir. We have to do it)."

A dialogue by veteran actor Dalip Tahil from the film was not spared either. "The chances of this mission succeeding is less than 1%," Tahil is seen saying in the trailer.

Telling father about 'number of Subjects i failed in' w/o getting beaten till i go in Coma - #MissionMangalTrailer . pic.twitter.com/9m2VKfNLYc

Sonakshi's dialogue, "Sirf 850 kilo fuel ke saath it's impossible. (It's impossible with just 850 kg fuel)," soon turned into a meme on Twitter as well. Mission Mangal is set to release on August 15.