Actors Sanjay Mishra and Ram Kapoor will be seen together in a comedy film titled Bahut Hua Sammaan. The film is being directed by Ashish Shukla.

"Our film is an exciting caper comedy based in Benaras, and I am thrilled that I get to explore this space with my film with such a stellar ensemble cast. My endeavor is to create something that can dent the prevalent pop culture that surrounds us, with a sense of sharp wit and irony, in a racy comedy of errors," Shukla said. 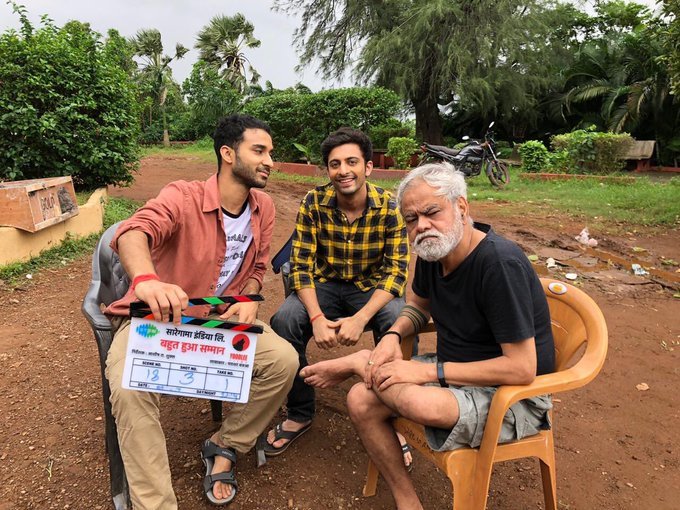 RECOMMENDED READ: Too much hotness in a shot! Hrithik Roshan, Tiger Shroff and Vaani Kapoor are breathtakingly spectacular in 'War' poster

Bahut Hua Sammaan revolves around the lives of two young engineering students known for their quick con jobs in the college circuit. Choreographer-turned-actor Raghav Juyal and debutant Abhishek Chauhan will be essaying the role of the students.

‘Reunite only after the final season of COVID-19,’ says Mumbai Pol

‘Those who work make mistakes,’ says Anupam Kher after his scathing remark of ‘image building’ towards Indian government

Watch: Ranbir Kapoor can't take his eyes off Alia Bhatt as she 'kills it' in a latest advertisement

‘Sorry for misunderstanding as I slept past 7 am,’ quips Paresh Rawal rubbishing his death hoax

Salman Khan gets the second jab of COVID-19 vaccine, spotted at inoculation centre