Vicky Kaushal is on cloud nine after clinching the coveted National Award for Best Actor for his film URI: The Surgical Strike. He was adjudged the Best Actor along with Ayushmann Khurrana for AndhaDhun at the 66th National Film Awards. Vicky has been getting numerous best wishes and messages for his emphatic win but today he received one of the most special wishes as it came straight from megastar Amitabh Bachchan and Jaya Bachchan.

Amitabh sent Vicky a bouquet of yellow flowers with a handwritten letter. Vicky shared Amitabh’s handwritten letter on Instagram and thanked him and Jaya. Sharing the letter on his social media account he wrote, “This means the world to me! Thank you Bachchan Sir and Jaya Ma’am.” Amitabh in his handwritten letter had written, “Vicky, a most deserving National Award. Love and greetings and many more to follow in time. Keep up the good work. Amitabh Bachchan.” 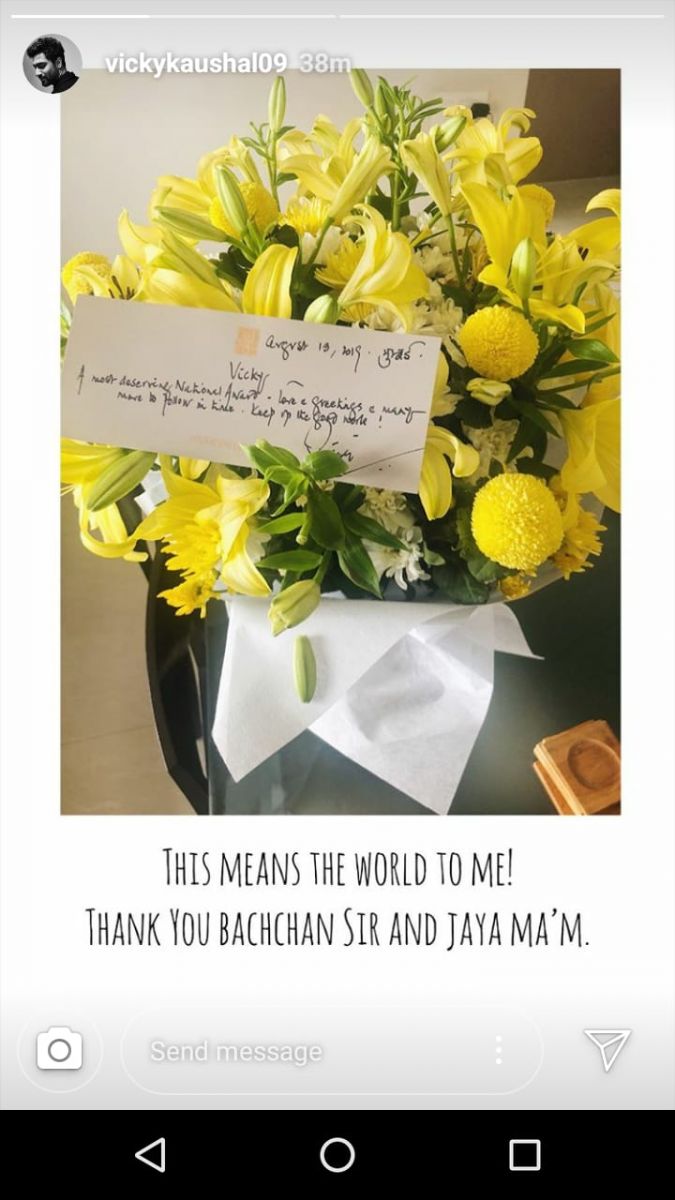 URI: The Surgical Strike also bagged the Best Director award for debutant director Aditya Dhar. The film was based on the surgical strikes carried out in retaliation after the Uri terrorist attack. The film also featured Yami Gautam, Paresh Rawal, Kirti Kulhari and Mohit Raina.