Rumour mills are abuzz that actress Priyanka Chopra's brother Siddharth Chopra is dating actress Neelam Upadhyaya, who primarily works in Tamil and Telugu films. The gossipvine started working overtime earlier this week when Siddharth arrived at Mukesh Ambani's Ganpati Puja celebration with a female companion. Siddharth then posted a picture featuring him and his companion at the function on his Instagram story but later deleted it.

It turns out Siddharth's date was Neelam, who is known for her work in films such as Mr. 7, Action 3D and Unnodu Oru Naal. 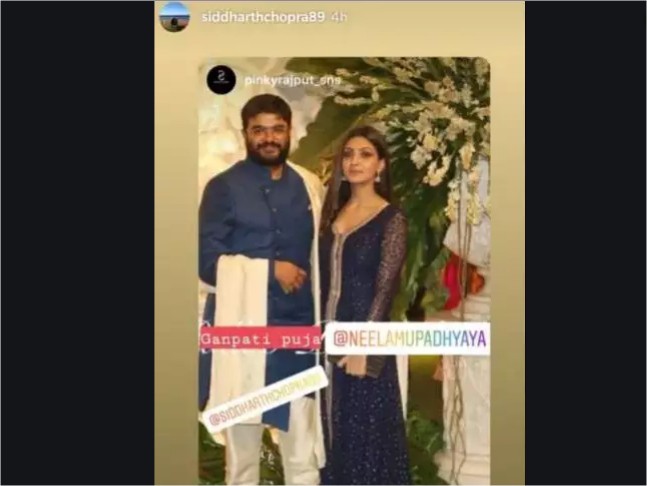 Siddharth had shared the photograph of himself, Neelam and a group of friends on Instagram on Thursday, and tagged her in the post. "Crazy 30. #dirtythirty... Life's greatest gift is having family and close friends. Great start into my thirties," he captioned it.

Crazy 30. #dirtythirty... life’s greatest gift is having family and close friends. Great start into my thirties

No statement from the Chopras has come out yet. For the unversed, Siddharth was engaged to a Delhi based girl named Ishita Kumar for almost six months before the two called it quits.