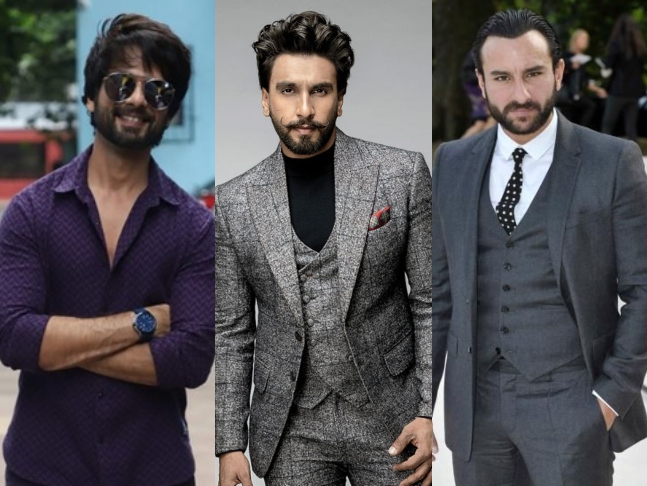 Shahid Kapoor, with his intense and nuanced portrayal of dark and tough characters, has undoubtedly created a special fan base for films like Udta Punjab, Kaminey and the recently released Kabir Singh amidst his massive score of admirers. The actor, who delivered his career's biggest blockbuster in the form of Kabir Singh, has found ground among the finest in the current times. And now, delving deeper into her lesser-known life and opinions, Shahid made an appearance on Neha Dhupia hosted chat show, No Filter Neha Season 4. The actor, during the episode, not just spoke about his married life but also touched upon his thoughts on filmi characters.

During the same episode, when Neha quizzed Shahid on whom between Ranveer Singh and Saif Ali Khan he considers to be a better actor, the Jab We Met star left us all stunned with his reply. Instead of choosing Saif, with whom he has worked in Rangoon, Shahid named his Padmaavat co-star Ranveer. Interestingly, Shahid named Ranveer, with whom he doesn't seem to share a great bond after Padmaavat. The actors, who played the role of Maharawal Ratan Singh and Alauddin Khilji respectively had a sort of cold war during the shoot and it is being said that Deepika Padukone, who played the titular role, had to come in between to make peace between them.

Recommended Read: As we said it! 'No one better than Shahid Kapoor to recreate the magic of Jersey,' confirms filmmaker Gowtham Tinnauri; remake to release on August 28, 2020

Well, apart from his apparent dislike towards Ranveer, probably owing to some creative differences during Padmaavat, it seems Saif, who is his ex-girlfriend Kareena Kapoor's husband, isn't in good books of the Udta Punjab actor of late. And we are now left wondering whether his response was determined by his troubled relationship with Kareena.