Abhishek Bachchan's and Ajay Devgn's upcoming project The Big Bull has generated the right amount of anticipation in the cinema industry. With the latter donning the hat of a producer for the stock-market centric film, the latter is set to step into the genre of thriller after quite some time. As the film went on floors in mid- September, the excitement to watch a riveting narrative onscreen shot up high. While the makers of The Big Bull have managed to keep key details surrounding the film under tight wraps, fans have shown curiosity regarding the name of the lead actress. The buzz surrounding Abhishek's leading lady in the film has been doing the rounds frequently and now, as per the latest development, Nikita Dutta, who shot to fame with Shahid Kapoor's Kabir Singh, is said to be roped in for the role. As per reports of a leading daily, the makers had liked the pairing of Abhishek and Nikita, who is said to play an important role.

"The makers had liked Nikita and Abhishek’s pairing in the first go. She plays an important role in the story," a source close to the film informed the daily. 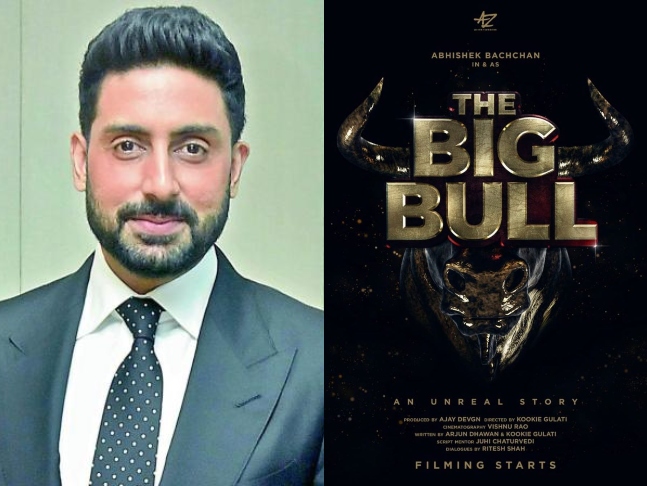 Recommended Read: Intriguing! Abhishek Bachchan shares the first look poster of his next 'The Big Bull'

The Big Bull is loosely based on the life of Harshad Mehta, the infamous stockbroker, who was arrested for financial crimes that took place in the Security Scam of 1992. For those caught unaware as to how the name draws a connection to Harshad Mehta, then let us inform you that the stockbroker was popularly called by the name of The Big Bull as he is believed to have changed the dynamic of the Indian stock market. The Big Bull, the film is directed by Kookie Gulati and produced by Ajay's Ajay Devgn Ffilms.