Sapna Bhavnani, known for her bold and outspoken statements, has never shied away from putting her ideologies forth. The celebrity tattoo artist has time and again been vocal about being a homosexual and addressed the need to accept each other's sexuality with open arms. Sapna, who has been making headlines for her bond with VJ Bani, yet again grabbed attention for sharing a boomerang with the latter, where they are seen exchanging a kiss. Soon after the video went viral, the Ex-Bigg Boss contestants became subjects of demeaning comments and trolls.

Sapna, after captioning the boomerang as, "You are my Sunshine Bani," faced a severe backlash through comments and trolls. Soon, she issued a statement on Instagram and trolled haters for their unkind thoughts. Sapna, in the note, said the country, with such mindset, will never progress. Adding further, she urged the citizens of India to come out in the open and express love, which is unbias towards gender. She concluded by writing, "My life. My rules. Kisses to all. Men and Women and the Transgender." 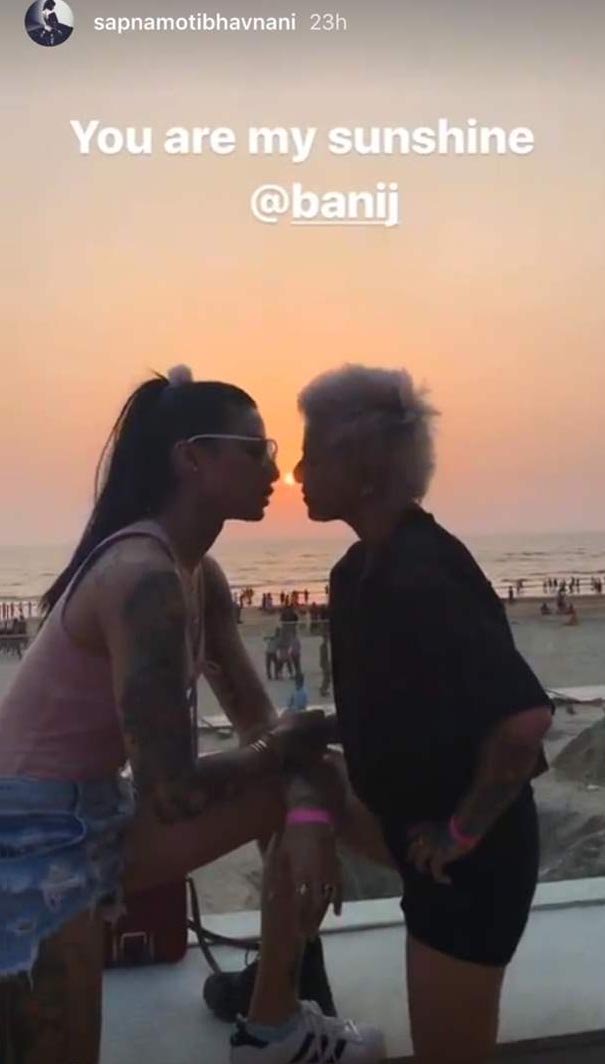 Recommended Read: Did you know children on the sets of 'Tanhaji: The Unsung Warrior' thought Sharad Kelkar is the real Chhatrapati Shivaji Maharaj?

Speaking of Bani J, she is said to be dating television actor Yuvraj Thakur. However, soon after her pictures with Sapna did the rounds of social media platforms, it was rumoured that Yuvraj and Bani have called it quits. Although Bani then dismissed the speculation of a breakup as false.

Sapna and Bani, at regular interviews, have spoken about body shaming, accepting one’s sexuality, dealing with trolls, judging people for their looks and being a muscular woman. Well, this picture has surely added fuel to their dating rumours.