Advertisement
HomeBOLLYWOODENTERTAINMENT NEWS'There is no hypocrisy in him,' says Emraan Hashmi about his 'The Body' co-star Rishi Kapoor

'There is no hypocrisy in him,' says Emraan Hashmi about his 'The Body' co-star Rishi Kapoor

Veteran actor Rishi Kapoor teams up with Emraan Hashmi for the first time in the upcoming thriller, The Body. Emraan is clearly in awe of the senior star."Whatever I had heard about Rishi sir is all true. I love his attitude of being brutally honest. We are living in a world where people around us give fake smiles and try to be nice. I love Rishi sir because he will not say words behind your back. All the good things I've heard of him are true! There is no hypocrisy in him," he said.Asked to name his favourite Rishi Kapoor film, Emraan said, "I liked 'Karz' and 'Amar Akhbar Anthony' among many others. He is such a natural actor." Rishi, on his part, had this to say about Emraan, "Initially, he was doing those films in which songs were superhit (referring to 'Murder', 'Gangstar'). He was doing romantic films. I thought he would only work in that genre of films, but it is great to see how he shifted gear and became a versatile actor. He is an intelligent actor and very calculative with his action. I like that!" 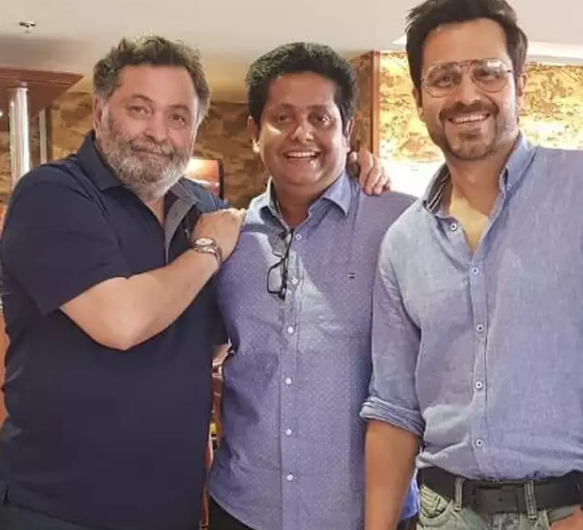 Recommended Read: 'The Body' trailer: Rishi Kapoor is on a hunt to find the missing body of Sobhita Dhulipala; Emraan Hashmi is the prime suspectRishi, who plays a pivotal role in the upcoming film The Body, said the film's director Jeethu Joseph wanted to work with him for his earlier film, the 2013 Malayalam film, Drishyam, but that didn't materialise. Now that they have managed to work together, Joseph is really happy. "Jeethu told me he wanted to make a Hindi version of 'Drishyam' with me, but I was not a saleable star to lead the film. It is ok with me, at this age I am a character actor now. I had my glorious days to bring people to the theatre. Then the producer went on to make the (Hindi version) film with Ajay (Devgn) because he is a star. When he decided to make this film (The Body), he was determined that he would work with me. In this story, my role suites my age as well as the character. Jeethu is really happy that his dream of working with me came true with this film. He is a good guy!" Rishi told media.Jeethu Joseph's original Drishyam in Malayalam was a big hit, and the film was remade in Hindi, Tamil, Telugu, Kannada and Sinhala. The Hindi version, directed by Nishikant Kamat and starring Ajay Devgn, had Tabu as the antagonist. Along with Rishi, The Body also features Emraan, Sobhita Dhulipalla and Vedhika. It is a crime thriller and the official remake of a Spanish film of the same name. Produced by Viacom 18, The Body releases on December 13.