Sajid Nadiadwala produced comedy franchise Housefull has time and again proven to be a bankable series. With loyal audience of the film flocking to theatres to laugh their hearts out, the Housefull franchise is undoubtedly amongst the most loved films. While the previous three projects under the series were a commercial success, the recently released Housefull 4 turned to be a gamechanger at the box-office by ranking in massive moolah day after day. Considering the love this reincarnation drama received, Sajid and his team at Nadiadwala Grandsons Entertainment are said to be planning the fifth edition of Housefull. Well, yes. According to reports of a leading daily, Sajid, for Housefull 5, is in thoughts of bringing together the cast of the previous three films to join Akshay Kumar, Kriti Sanon, Riteish Deshmukh, Bobby Deol, Pooja Hegde and Kriti Kharbanda of Housefull 4. On the wish list are Abhishek Bachchan(HF 3), Deepika Padukone(HF 1), John Abraham(HF 2) and Jacqueline Fernandez(HF 3), informed a source close to the development.

Adding further, the source told that Sajid, instead of three couples, wants to give Housefull 5 a fun twist by introducing five pairs. The source continued to say that considering the film has an ensemble cast, the final announcement regarding the cast and release date will be made once the script has been finalised. “The basic premise of all the Housefull films results from confusion between three couples. For part five, Sajid wants to throw five couples into the mix to amp up the fun by five times. Since the film demands a huge ensemble, it is essential to get coordinated bulk dates from all the actors. There will be clarity on the shoot schedule and the release date only when the script is locked," the source informed. 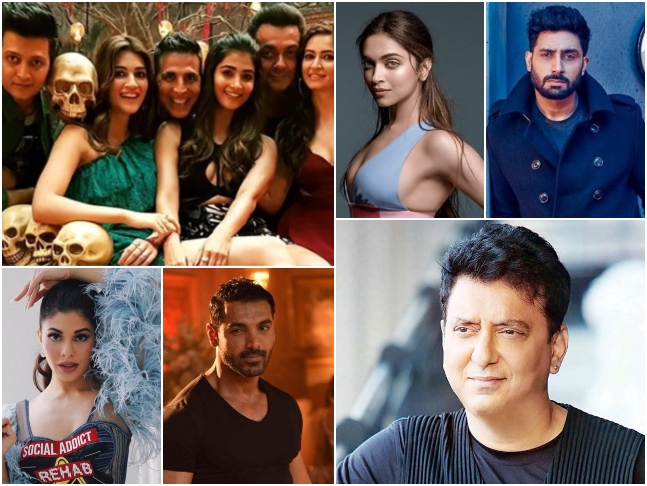 Akshay, on Monday, teased his fans by sharing a picture from a Housefull reunion party that brought together Abhishek, Kriti Sanon, Kriti Kharbanda, Riteish, Bobby, Pooja, Chunky Panday and Jacqueline with Sajid and his wife Warda Nadiadwala. "Last night was a #HouseFull of fun with friends from Housefull 1, 2, 3 and 4Gearing up for 5? I don’t know," Akshay wrote while sharing the picture.