Advertisement
HomeBOLLYWOODENTERTAINMENT NEWS'Would have been very happy with a South Indian guy,' says Deepika Padukone to Ranveer Singh; the actor has a hilarious reply!

'Would have been very happy with a South Indian guy,' says Deepika Padukone to Ranveer Singh; the actor has a hilarious reply! 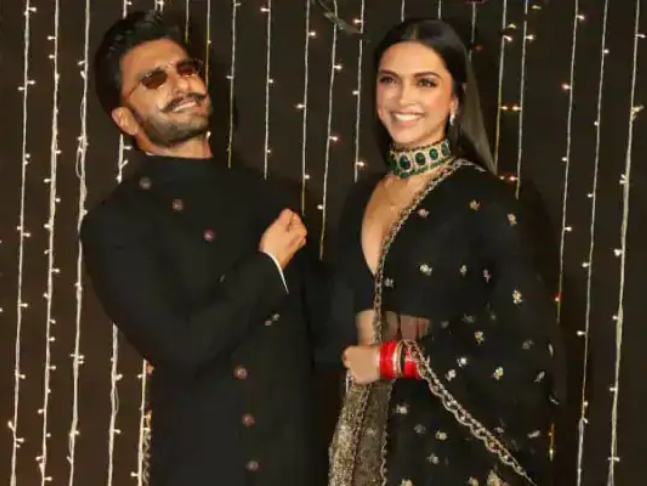 Within a short span of time, Ranveer Singh has established an independent foothold for himself in the vast film industry. The actor, not just sinks deep into his character but manages to pull them off with equal conviction. Similarly, this debut film Band Baaja Baaraat gave a glimpse into the immense talent that Ranveer possesses. For the role of a Delhi boy Bittu Sharma, Ranveer sunk his teeth deep into the character that not just the audience but critics too were made to believe that he, although being a Bandra boy, was a pure blue Delhite. Resonating with the same thought, his wife Deepika Padukone, when she met him for the first time, was under the same impression. Revealing this during a round-table discussion for an entertainment portal, Deepika said she was shocked to know that Ranveer isn't from Delhi but a Mumbaikar. Prompt to showcase his funny side, Ranveer added that this talent of his had Deepika 'hooked' to him.

Quick with a witty response, Ranveer, who visited Tirupati with Deepika on their first wedding anniversary on November 14, concluded by saying, "Just wait for two days, I’m going to Tirupati in a dhoti!" leaving everyone in splits.

Ranveer and Deepika tied the knot in November last year in Italy with close family members in attendance. The wedding took place as per both, Sindhi and Konkani rituals. Upon returning to India, the couple held receptions for those who couldn't be a part of the wedding. Workwise, they will share the screen space for the first time after marriage in Kabir Khan's '83 where Ranveer plays the role of Kapil Dev while Deepika is his wife, Romi Dev. The film is scheduled to release on April 10, 2020.