Advertisement
HomeBOLLYWOODENTERTAINMENT NEWSI was very happy as Deepika Padukone and I were gonna get married: Ranveer Singh on initially declining the role of Alauddin Khilji from 'Padmaavat

I was very happy as Deepika Padukone and I were gonna get married: Ranveer Singh on initially declining the role of Alauddin Khilji from 'Padmaavat 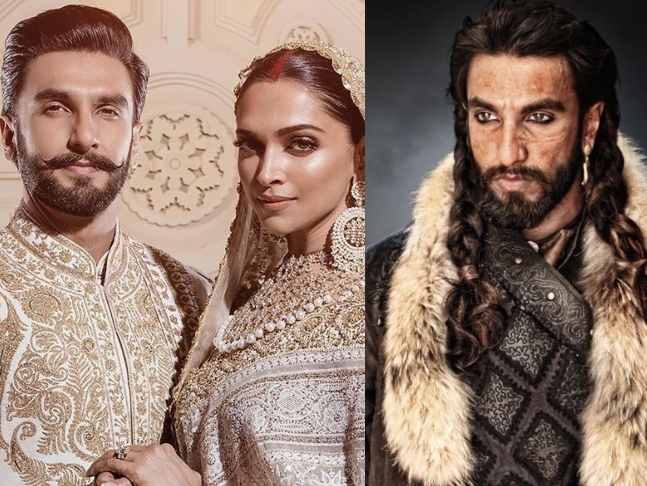 Ranveer Singh, over nine years, has emerged as one of the best actors in Indian cinema currently. Be it the role of a lover boy or a warrior, he has done it all with brilliance. While all films done by Ranveer hold special importance in the history of cinema, his performance as the menacing Alauddin Khilji in Sanjay Leela Bhansali's Padmaavat sent shivers down the spine with his intensity. A character that was hated beyond words for his deeds brought in much appreciation to Ranveer, who revealed that initially, he declined the role. Well, yes. Ranveer, during a roundtable interview, told that Alauddin Khilji being a dark character and considering the fact that he had to go down the 'rat hole', he was hesitant to sign on the dotted lines. Informing the reason for the denial, Ranveer said he was in a happy phase because he was getting married to the love of his life, Deepika Padukone.

“I found the character so loathsome, so despicable and so dark, so messed up. It was out of sheer fright and fear that I told Sanjay sir that this might take me into sort of a hole that I may not come out of. I can see myself going a bit barmy on this guy and I don’t know if I was at that stage in my life. I was very happy. DP (wife and actor Deepika Padukone) and I were gonna get married. It was all roses. Touchwood, Joolelaal,” Ranveer told. Recommended Read: Watch: Ayushmann Khurrana asks Shahid Kapoor whether he would like to do a film on erectile dysfunction; the actor says, 'I would be happy'

Narrating the tale on how he agreed to do the role of Khilji, Ranveer said ace filmmaker Sanjay convinced him to do the character. “I remember that one moment on his balcony eating macchi curry. We were just going back and forth. I was apprehensive and he got frustrated. He could not have said another word to convince me. He just got frustrated, he put his chawal back in his plate like this (slams hands on table aggressively). ‘My boy don’t you want to play a character who’s got 75 kilo ba**s?’ I was like you know what? I mean I’m on,” Ranveer added.

Padmaavat, apart from Ranveer, starred Deepika Padukone as Rani Padmavati and Shahid Kapoor as Maharawal Ratan Singh. It released in 2018.