Karan Johar, soon after he announced the sequel of Dostana, the excitement level naturally shot up high. Starring Kartik Aaryan, Janhvi Kapoor and Lakshya, Dostana 2 is all set to delve into yet another hilarious tale with hints of gay love. Months after the announcement, the film went on floors in November in Chandigarh and was followed by a schedule in Mumbai. And now, the team of Dostana 2 has wrapped the second schedule too.

Janhvi and Kartik, on Wednesday, wrapped the second schedule with director Collin D'Cunha in Mumbai. Considering the day being Christmas, the team behind Dostana 2 celebrated the joyful festival on the sets and cut a cake too. Wearing Santa caps, Janhvi and Kartik posed for cute pictures. 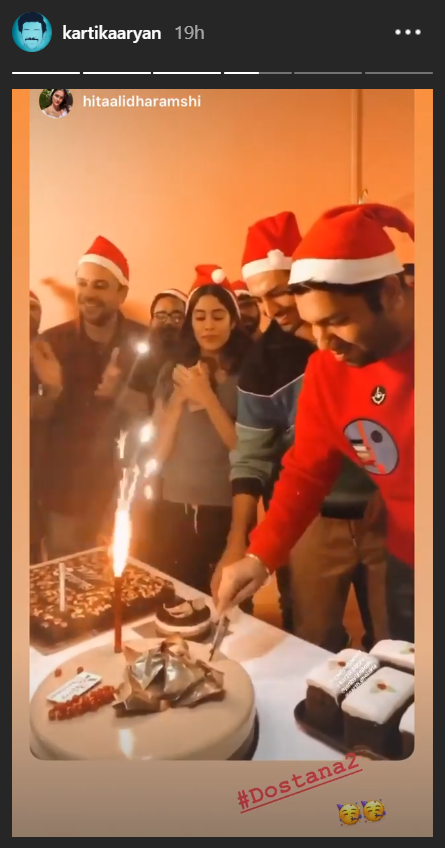 Recommended Read: Representation of sexuality in 'Dostana 2' is accurate and not cringeworthy: Karan Johar

Speaking of Dostana 2, the film will be bankrolled by Karan under his banner Dharma Productions. The film doesn't just mark the debut of director Collin D'Cunha but also of Lakshya, who was formerly known by the name of Laksh Lalvani, a popular face on TV. The film is likely to release in 2020.