Sanjay Gupta’s next film, Mumbai Saga, is a period Gangster flick, which stars John Abraham and  Emraan Hashmi, Suniel Shetty, Mahesh Manjeraker, Kajal Aggarwal, Prateik Babbar amongst some other notable actors. Emraan will be playing a cop in the film, and his look had garnered a lot of attention. The director has now dropped John’s first look from the film, in which he looks quite impressive, imposing and intimidating. 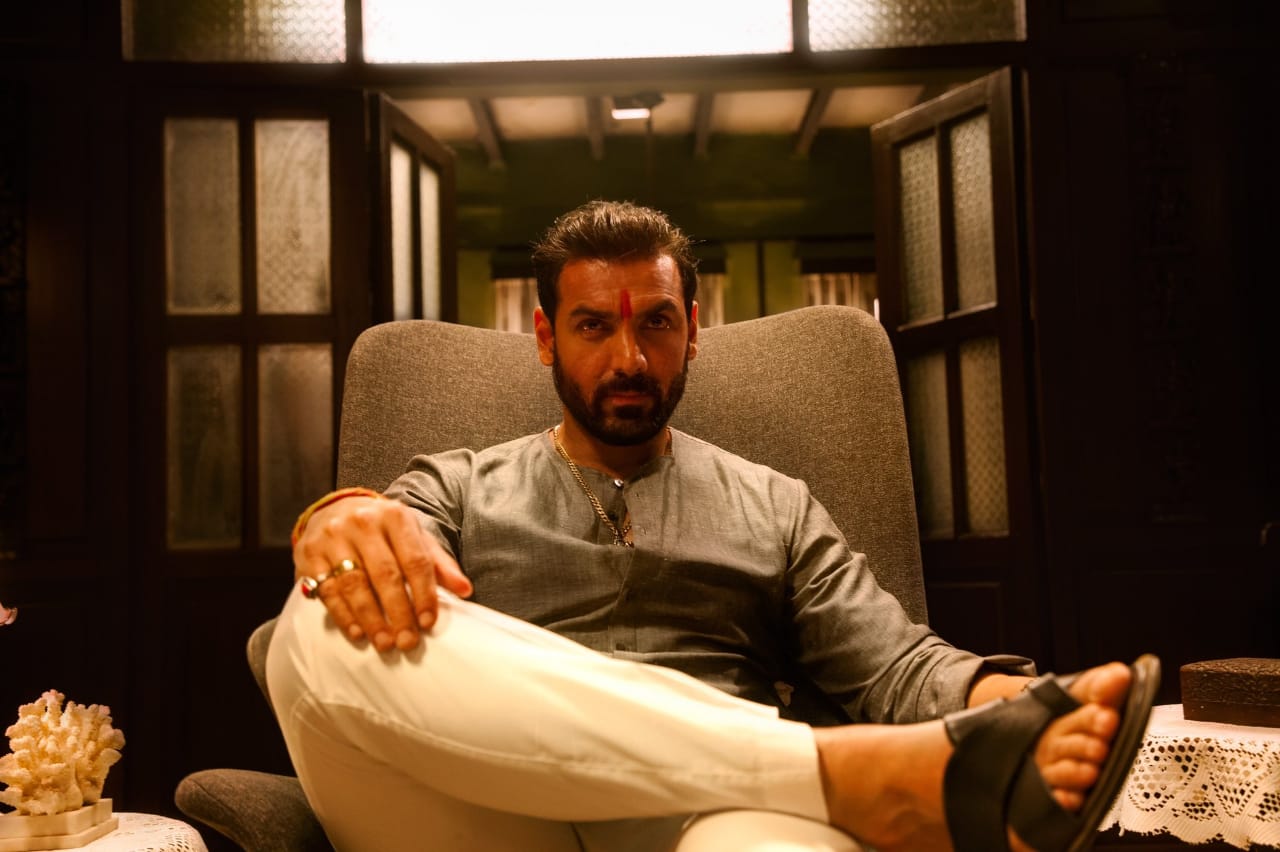 Mumbai Saga is set in the 80s and based on true events. “Not many know what made Mumbai the city it is today. It makes for a compelling story, which will make you go, ‘Oh my God!”, said Gupta. The film is being shot in real locations and has a ensemble cast of 11 principal actors. The film, which is being produced by Bhushan Kumar, also promises high octane stunts, and the entire team has dived head on into the film. Infact John Abraham tried to shoot for the film despite a torn ligament in the arm. “He didn’t tell us about the injury and dived into an action sequence, in the process, aggravating it. The last two-week shoot has a lot of stunts so, we will resume after he’s completely recovered, sometime next month”, informed Sanjay.

Sanjay has in the past directed quite a few memorable gangster dramas, and to ensure that Mumbai Saga has a fresh palette, he is reinventing is style and working with new people. “My DOP, Shikhar Bhatnagar, is a debutant with a fresh perspective on the era and it’s also my first with action directors Anbu-Ariv," he added.

It is a Gulshan Kumar presentation, and is backed by T-Series and White Feather Films production. The film is produced by Bhushan Kumar, Krishan Kumar, Sangiita Ahir and Anuradha Gupta.