Filmmaker Ashwiny Iyer Tiwari, whose latest venture Panga opened last weekend, says in the new age, couples look for companionship and encouragement from each other more than anything else. "There is no denying the fact that women now are not that badly criticised if, after marriage, they want to continue with their jobs, but then, there is a limitation. If you are a wife and a mother who is also a school teacher, it is fine. The woman of the house will come back home at a certain time and take care of the household because that is the primary expectation from and duty of a woman. Perhaps that is why, a woman, when she embraces motherhood, believes that the upbringing of the child is her dream, since having other ambitions is logistically not possible. However, in an urban lifestyle, this practice is changing," Ashwiny told a news agency.

In Panga, heroine Kangana Ranaut's character Jaya, who was a kabaddi champion, makes a comeback in the sport at the age of 32 after marriage and motherhood. Ashwiny says new-age couples in metro cities realise the cost of living is high, and even men know it is important that both the partners in a marriage go to work. "In a new-age relationship, a man and a woman look for companionship more than anything else because women are more ambitious now than they were in our parents' generation, and men are much more supportive and open to the idea of letting their wives have a dream and a career. Men are more encouraging and supportive to let women build their careers now," said the filmmaker, who is a mother of two children. 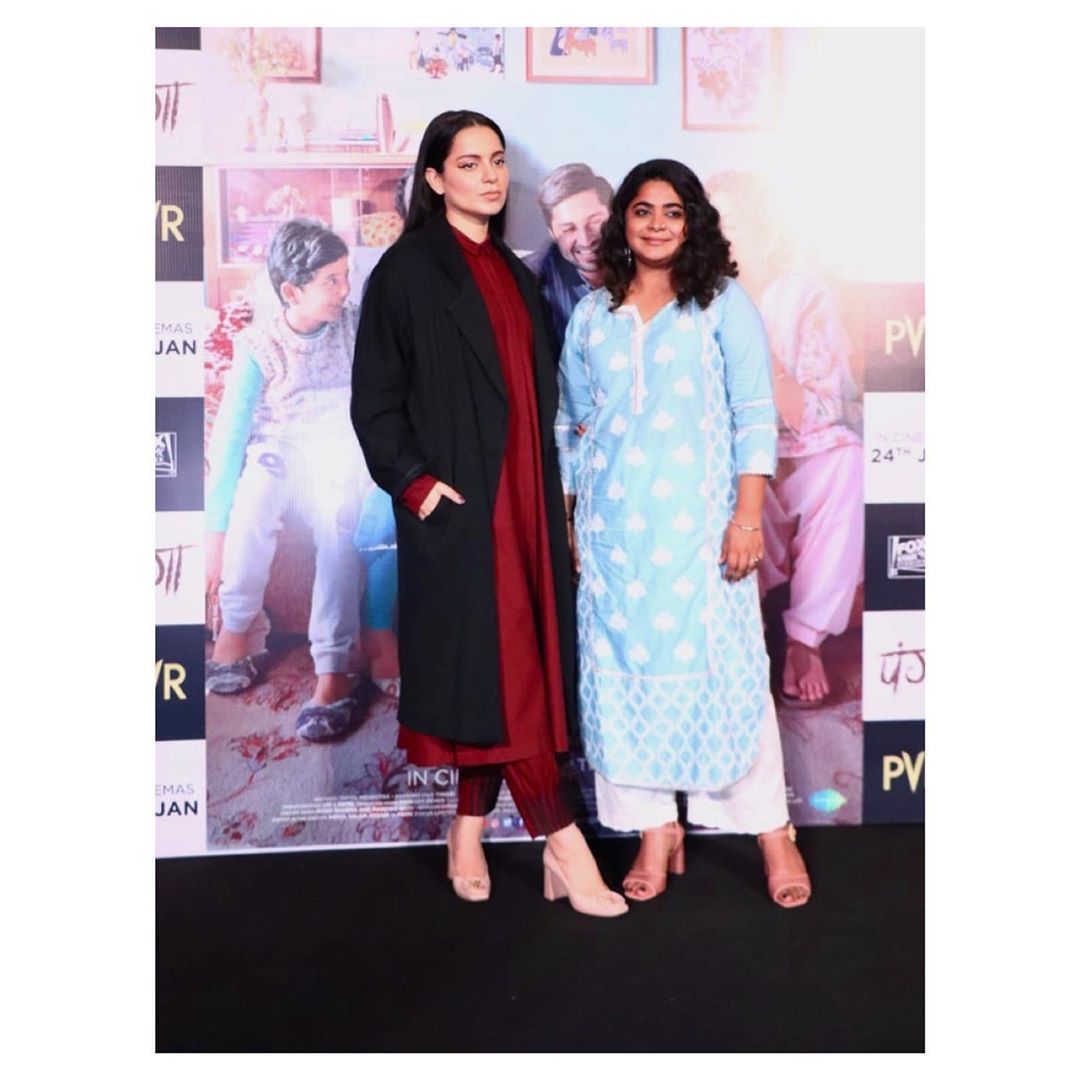 Panga features Jassi Gill, Richa Chaddha and Neena Gupta along with Kangana. Although there is constant conversation over gender equality and crime against women, and many filmmakers and intellectuals would love to believe that art has the power and responsibility to change society, the crime rate is increasing. Do films really have the power to bring about change?I know that  "the crime rate is increasing. The discriminations are visible even now, although we are constantly talking about gender equality, the fact is if not the older generation, with the kind of cinema and conversation we are making in our popular culture now, we are making a shift in the mindset of the new generation. If a young boy or girl gets exposed to gender equality and get sensitised from the age of 10, by the time they are adults they are already aware of what is right and what is wrong. So, we should never stop talking about coexistence, equality, and why the harmony is needed," she replied.

"Being a filmmaker, I am using my platform to do that. One cannot tell a corrupted mind to stop doing something wrong, but surely can teach and create awareness among young minds to say 'no' to crime" added Tiwari.