Advertisement
HomeBOLLYWOODENTERTAINMENT NEWSSidharth Malhotra to feature in a double role for the first time with the Hindi remake of Tamil superhit Thadam?

Sidharth Malhotra to feature in a double role for the first time with the Hindi remake of Tamil superhit Thadam?

Sidharth Malhotra, ever since he made his debut with Student Of The Year in 2012, has time and again proven to be a favourite with the audience. After delivering a rock-solid performance as the street smart Raghu in his last outing Marjaavaan, the handsome hunk is said to get into the action spectrum yet again with the Hindi remake of Tamil superhit Thadam. Well, yes. According to reports of a leading daily, Sidharth will be seen in dual roles, one of a businessman and the other of a small-time thief and gambler, which is indeed the first time for the actor. A source close to the development informed the daily that Murad Khetani will be producing it and Vardhan Ketkar will be on the director's seat. While the project is currently in its preparation stage, an A-lister actress is said to be finalised within a fortnight. The film will reportedly go on floors in May.

“Sidharth plays a double role for the first time in his career, a businessman and a small-time thief and gambler always looking to make a quick buck. The film is currently in prep and the team is working towards creating two distinct looks for him. The story has plenty of thrills which lend themselves to some interesting chase sequences, something that appealed to Sid instantly, in addition to the challenge of playing a double role,” the source told. 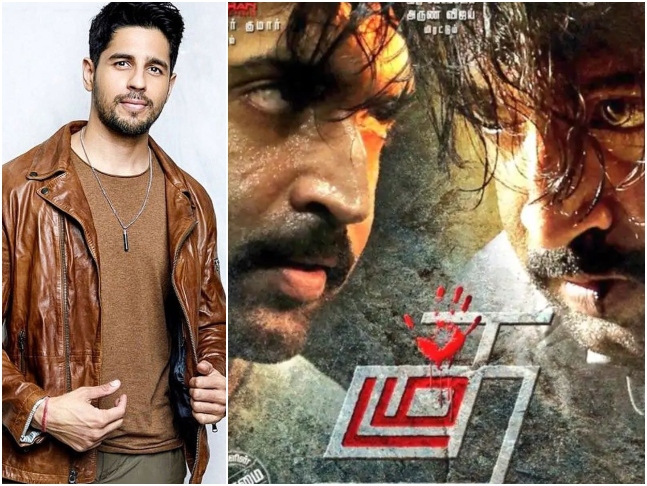 Thadam, written and directed by Magizh Thirumeni, released in 2019 and starred Arun Vijay in a double role. The film revolved around a murder which led to a cat and mouse chase between the identical-looking characters and the cops in-charge. Talking about the Hindi remake, the source added that Thadam was inspired by real-life incidents and was home to some unexpected twists, leading to a brilliant climax and this is what fascinated the makers. “Thadam is inspired by a real-life story and got a lot of appreciation for its twists and turns which result in an unexpected climax. The team feels it has the potential to appeal to a Hindi-speaking audience," the source added.

Workwise, Sidharth will be seen in Shershaah with Kiara Advani. It is scheduled to release on July 3, 2020. Apart from that, he will begin shooting for Indra Kumar's next with Ajay Devgn and Rakul Preet Singh.