Advertisement
HomeBOLLYWOODENTERTAINMENT NEWS'I have waited patiently for this moment all my life,' says Himesh Reshammiya on the phenomenal response to his film 'Happy Hardy And Heer'

'I have waited patiently for this moment all my life,' says Himesh Reshammiya on the phenomenal response to his film 'Happy Hardy And Heer'

Himesh Reshammiya who has hundreds of blockbuster songs,13 super hit reality shows as a judge, biggest live Shows worldwide and 10 films as an actor says, "I have waited for this moment all my life." Himesh on the phenomenal response to his performance as an actor in Happy Hardy and Heer from the critics said, "I'm happy that the critics have finally accepted me as an actor".

Himesh is in an exuberant state. His last release Happy, Hardy and Heer in which he has a double role, has received some truly fantastic reviews. Critics have not only lapped up this light, breezy, romantic film in which he shares screen space with Sonia Mann, but also strongly recommended it because of its extraordinary music. It’s being said by most that this film is truly Himesh’s pinnacle as an actor and a star yet.

A popular tabloid said, "For a romantic drama, the film got a lot right—the love story is impeccable. Reshammiya is its USP. Apart from a double role, he is also the Sutradhar(narrator). Hence, he is omnipresent. His evolution as an actor is most evident here." 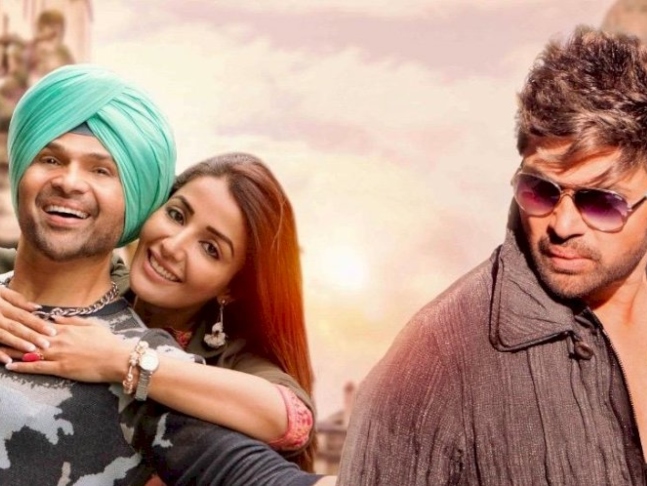 Another leading magazine publication said ‘It is great to see top critics writing good things about Himesh Reshammiya’s performance as an actor in Happy, Hardy and Heer.'

And another film mag, considered to be Bollywood’s film bible, also reiterated that this was truly the film in which Himesh made his mark as an actor, as this time around, it is not only his music that has created waves, but also his acting prowess that has garnered an equal amount of praise.

Several people from the industry have also tweeted in favour of the film and Himesh's performance. The director of Thappad, Anubhav Sinha, sent a congratulatory message to HR and expressed his happiness about the film being so well received by the critics. Vishal Dadlani too tweeted for his Indian Idol co-judge and friend Himesh and called the movie impressive.

In fact, many are of the opinion that after a long time a music star (like the famed Kishore Kumar, Ayushmann Khurrana) has managed a successful crossover from music to the movies. Himesh who is a superstar in the world of music with 700 blockbuster songs and more than 13 reality show as a judge and a someone who has performed at the biggest stadiums worldwide with a packed audience

A visibly happy Himesh shared, "I have waited patiently for this moment all my life. I have always worked on myself and tried to present a better version of myself to my audience. Whether it was with my music or my films. But although I was always appreciated for my songs and music, I was never considered to be a good actor. With Happy Hardy and Heer, the reviews have been amazing and the response, overwhelming. I am happy that the audiences and the critics have finally accepted me as an actor and nothing gives more pleasure than this. I'm happy they have recognized the actor in me and I want to keep doing some great films which they love."

Of course, the entire credit for this transition should go to HR. His patience, perseverance and his many months of preparation have paid rich dividends. Though he received mixed responses in his first couple of outings as an actor, HR kept his sights trained. Voila, today, here he stands, tall with all the praise being lavished on him from the critics and the audiences alike.

From here on Himesh intends to pick and choose his movies with utmost care.  While he has the prerogative of reserving the best music for himself, going forward, he’s also going to ensure that his work as an actor improves.