Neither Ayushmann Khurrana in ‘Shubh Mangal Zyada Saavdhan’ nor I in ‘Dostana 2’ are looking for commercial advantages: Kartik Aaryan says highlighting LGBTQ stories are more important

Kartik Aaryan will soon be seen taking the popular film franchise Dostana ahead with Janhvi Kapoor and Lakshya. The film is the second installment to Priyanka Chopra, John Abraham and Abhishek Bachchan starrer. Kartik will be playing a homosexual character in Dostana 2. On the other hand, Ayushmann Khurrana is also seen headlining same-sex love story in Shubh Mangal Zyada Saavdhan. Talking about the commercial race between the two films Kartik said that he believes telling stories of the LGBTQ community objectively is more important that box office numbers. According to him, the industry is working unitedly for the cause.

Usually, there is always a first-mover advantage but Kartik is unperturbed by comparisons with Ayushmann as his comedy film will release several months after Shubh Mangal Zyada Saavdhan. He told a leading daily, “The storylines of the two films are not similar. In fact, the subject is so important that we are all invested in it equally. Neither of us is looking for commercial advantages here, nor (is the Dostana 2 team) feeling slighted that their movie will arrive before ours. We have not represented the queer community appropriately for decades; may 2020 be a year of celebrating such stories. Be it Dostana 2 or Shubh Mangal Zyada Saavdhan, I am glad that these films are finally starting a conversation. Slowly, the hiccups that producers would usually have about such subjects are smoothening out." 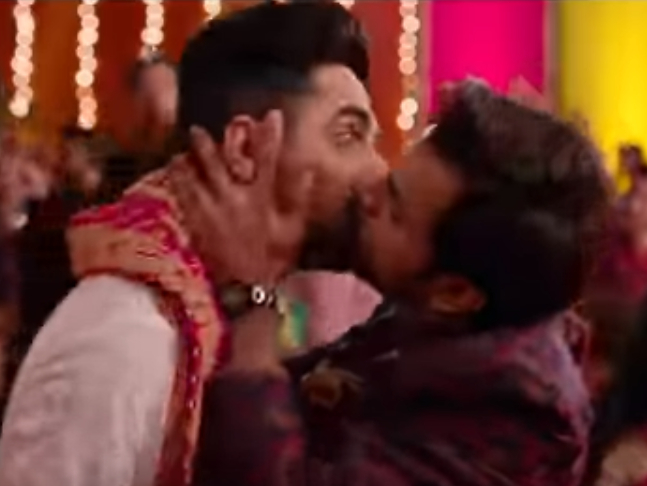 Recently, Ayushmann also said that he was discouraged by industry people from playing a gay character on screen. When asked the same question, Kartik told the daily, “I go with my gut feeling. It doesn't matter what my family, or my PR team advises me. In this case, I discussed the idea with my college friends who encouraged me to take it up. As a movie buff, I was sold on the script's entertainment value.”

Dostana 2 has Kartik and Janhvi play siblings who fall for the same man. The film is directed by Collin D’Cunha and produced by Karan Johar under his production banner Dharma Productions.