'Not just 'Radhe', but Salman Khan offered me two more films and a web series,' says Gautam Gulati while expressing gratitude towards the superstar

It ain't a secret that Salman Khan is known to be the perfect catalyst when it comes to launching new talents in cinema. Be it star kids or a person belonging to a non-filmi family, the superstar takes it upon himself to groom them for the celluloid. After launching actors like Sonakshi Sinha, Aayush Sharma, Saiee Manjrekar, Zaheer Iqbal, Athiya Shetty and many others, Salman will be bringing to fore Gautam Gulati in his Eid 2020 release titled Radhe: Your Most Wanted Bhai. Gautam, who shot to fame with his stint inside the Bigg Boss 8 house will be seen sharing screen space with the 54-year-old star who is his mentor and guiding light. Talking about finding support in Salman with respect to his career, the newbie, in an interview with a leading daily, revealed that he has been offered two more films and a web series by the latter. He confirmed that the other projects will go on floors after Radhe.

“Salman sir was concerned about me and thought that I was talented and so I should be at the right place. His team is handling my work now. He hasn’t only taken me in Radhe but I’ve also been offered two more films and a web series by him. These projects will happen post Radhe,” Gautam told. 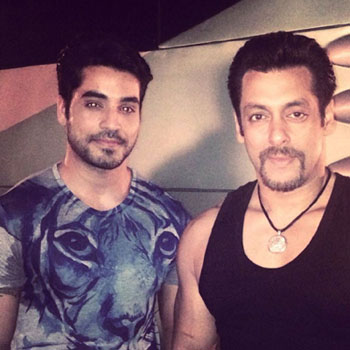 During the interview, Gautam expressed gratitude towards Salman and said that he is always shy around the latter. He further added that whenever the two are on the sets, he is much more confident. “I’ve immense love and respect for him. I look up to him. Due to that, I’m always shy around him. I’m even scared to talk too much when he’s around. But when I’m on the set with him, I become a different person. I become very confident and professional and I aim to pull off my scenes in a single take. On the first day of the shoot when we shared the frame, we didn’t have to do any retake,” Gautam added.

Radhe: Your Most Wanted Bhai will open at theatres on Eid 2020. It stars Disha Patani, Randeep Hooda and Jackie Shroff too and will be directed by Prabhudheva and will be produced by Salman's brother Sohail Khan and brother-in-law Atul Agnihotri's production house Reel Life Entertainment.