Watch: Lovebirds Priyanka Chopra Jonas and Nick Jonas share a 'kiss of love' during a live stream amidst COVID-19 pandemic 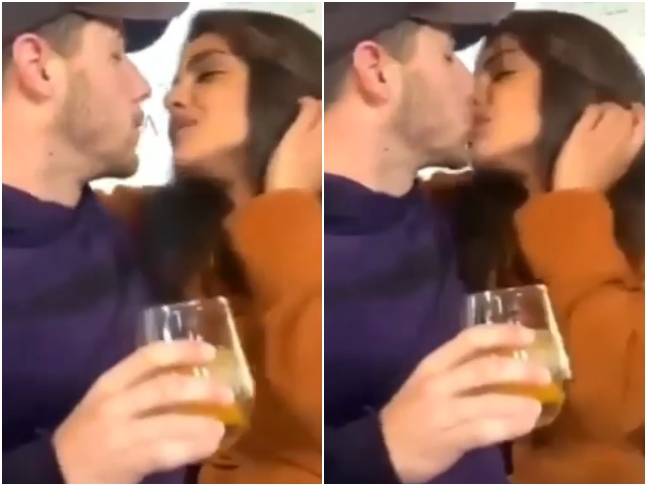 Actress Priyanka Chopra and her pop star hubby Nick Jonas treated themselves to a nice workout session at home amid the coronavirus lockdown. Right after the two increased the excitement of fans as they shared a kiss of love in a video that went viral online.

Have a look at the live video:

Later Nick took to his Instagram stories, where the two can be seen sporting athleisure and performing lunges in the sun.

On the work front, Priyanka was last seen on screen in The Sky Is Pink, directed by Shonali Bose. The film also stars Farhan Akhtar and Zaira Wasim among many others. She will next be seen in The White Tiger, the Netflix film co-starring Rajkummar Rao and based on Aravind Adiga's Man Booker Prize-winning novel of the same name. The novel won Adiga the Man Booker Prize in 2008. The film is produced by Netflix in association with Mukul Deora.