Advertisement
HomeBOLLYWOODENTERTAINMENT NEWSIt will be one of my biggest regrets: Kangana Ranaut on missing out on working with Sanjay Leela Bhansali

It will be one of my biggest regrets: Kangana Ranaut on missing out on working with Sanjay Leela Bhansali 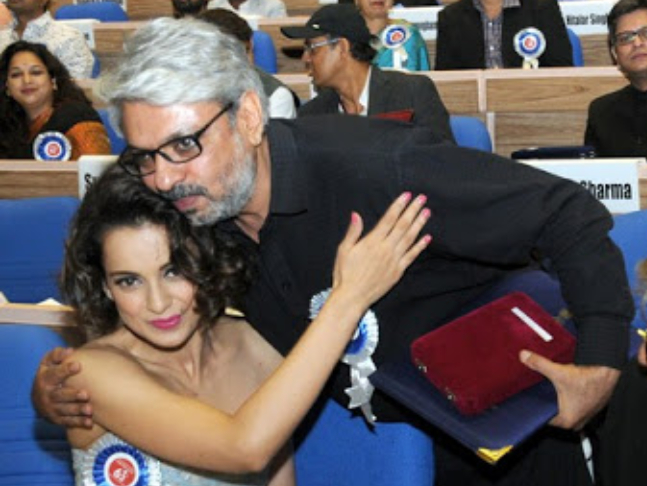 Sanjay Leela Bhansali is one of Bollywood’s most revered filmmaker and no actor or actress wants to miss a chance to work with him. Kangana Ranaut is no different. Recently in a chat session with an entertainment portal she admitted that she also wanted to work with the ace filmmaker and even got a chance to do so twice but things did not materialize. The actress revealed that she was approached for a song in Goliyon Ki Rasleela Ram-Leela as well as Padmaavat but things did not work out between them and that remains one of the biggest regrets in her stellar career.

Kangana revealed that she was in talks with the filmmaker for Padmaavat and even discussed a film called Kheecha Taali with her manager-sister Rangoli Chandel that was a love story of a married couple. However, the actress confessed that they have not been in touch after Padmaavat and now the prospect of doing a film with him looks bleak. She said, “So when Padmaavat didn’t happen I think now nothing will happen.” RECOMMENDED READ: Kangana Ranaut reveals she would love to pair up with Ranveer Singh and Ranbir Kapoor, already have projects in mind

She said about being offered a song in Goliyon Ki Raasleela Ram-Leela, “He wanted to get a sense of me as an artist but we didn’t get an opportunity and it didn’t work out. It will be one of my biggest regrets.” Kangana also said that many times people are offended by her as she isn’t in their camp and does not say to a project just for the heck of it.

She recalled that when she said no to Salman Khan’s Sultan, producer Aditya Chopra was miffed and told her she is never going to work with him again. However, Kangana emphasized that Bhansali did not say anything like this when they couldn’t collaborate but she did get a sense of it and that has been one of her regrets.