The COVID19 lockdown has hit the Bollywood industry hard. Not only has the production and shooting of several films stopped but the release dates of several lined up movies have also been pushed. After the postpone of Rohit Shetty's Sooryavanshi and Kabir Khan's '83, looks like David Dhawan's Coolie No.1 remake and Prabhudheva's Radhe is also in trouble.

As reported in an entertainment website, Salman Khan’s Radhe: Your Most Wanted Bhai is said to be the third big-budget film to get pushed further of its release date due to the coronavirus epidemic. It was also reported that if things were normal then the film would have been in the post-production stage. And now the cast and crew can only resume working when things get back to normal. It was also revealed by a close source who told the portal that there were only 8-10 days of shooting left which included Salman Khan's and Disha Patani’s dance song. It was also revealed that the cast and crew wanted to complete shooting by end of March but things didn’t go as planned due to the lockdown. Along with Radhe, reports doing the rounds that the makers of Varun Dhawan and Sara Ali Khan starrer Coolie No. 1 may not be keeping their May 1 date with the audience owing to the current coronavirus pandemic. A report on a leading daily claims that the film will be postponed for a June or July release, but the final call will only be taken once the current crisis gets under control. 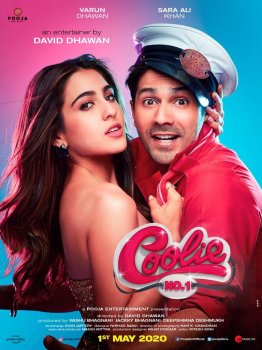 Well, with two more films put on hold, it is definitely not a very pleasant time for Bollywood!