Earlier this week, it was reported that Karim Morani’s daughters Zoa Morani and Shaza Morani were tested positive for Coronavirus. Now, the latest reports are coming in that the producer has also been diagnosed positive for COVID-19. Karim’s positive test was apparently confirmed by his brother Mohomed Morani.

He told a leading daily, “Yes, we have been anticipating this as he was with his daughters. Karim has tested positive of coronavirus. He has been shifted to Nanavati Hospital." Shaza is also admitted at Nanavati while Zoa is admitted at Kokilaben Dhirubhai Ambani Hospital and Medical Research Institute. Mohomed also shared, "A few days after Zoa and Shaza returned from Rajasthan and Sri Lanka, respectively, they complained of headache and fever. They immediately isolated themselves from the rest of the family." 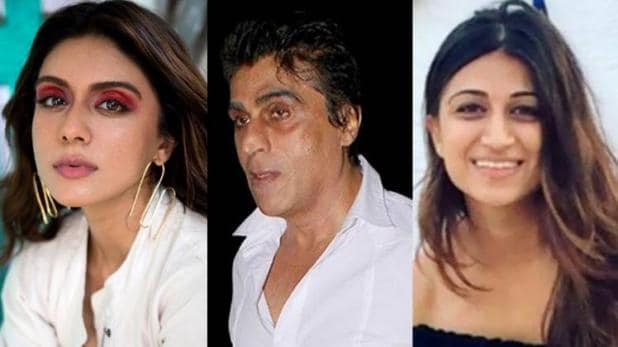 Zoa also shared the news of her sister, father and herself being tested positive for Coronavirus on Instagram. She expressed her gratitude to the doctors, nurses and medical staff who are treating them tirelessly without caring for their own safety and health. Check out her post below.

Feeling So overwhelmed watching the Dr’s , nurses and hospital staff taking care of us fearlessly! No words can describe .. i can see their discomfort in their protective suits yet 24 /7 on their toes serving us ... the true heroes for sure ... my Dr is so sweet and full of life , he constantly makes jokes and makes me feel so light.. yesterday he was the one to bring the news to me about testing positive and he was so sensitive and funny at the same time ( don’t know how he did that) so so grateful for Dr Saurabh Phadkare ...Feeling so safe in his hands ... #coronavirus #covid19positivethoughts #indiafightscorona ‍

Earlier, Zoa had told the leading daily about her illness and said, “Yes, I have tested positive. I have been moved to COVID-19 positive patient’s isolation ICU. I was the one showing symptoms and that’s why Shaza and I decided to do the test. As a precaution, the doctors asked me to repeat the test. I was only allowed to carry limited stuff. I have got some books with me for the company as nobody is allowed to meet us."

Karim had also come forward earlier and spoke about his daughters’ health. He had said, “Shaza had no symptoms but has tested positive. Zoa, my other daughter, has a few symptoms so we got both of them tested. Zoa, however, tested negative. Both have been admitted to Nanavati hospital. They are in isolation and under observation."

Vidyut Jammwal to soon make his foray into Hollywood; the action star