Not answering a question on 'Ramayan' doesn’t disqualify Sonakshi from being a good Hindu: Shatrughan Sinha defends daughter over Mukesh Khanna's jibe

Veteran actor Shatrughan Sinha has slammed Mukesh Khanna, without naming him for taking a jibe at his daughter’s Sonakshi SInha’s lack of knowledge about the Hindu epic Ramayan. Mukesh had recently said that the ongoing rerun of Ramanand Sagar’s Ramayan and BR Chopra’s Mahabharat will help young people to know about their own culture and literature. Shatrughan told an entertainment portal, “I believe someone has problem with Sonakshi not answering a question on the Ramayan. Firstly what qualifies this person to be an expert on all things to do with the Ramayan? And who has appointed him the guardian of the Hindu religion?”

He also said that he was extremely proud of his three children, including twin son Luv and Kush and said, “I am very proud of all my three children. Sonakshi became a star on her own. I never had to launch her career. She is a daughter any father would be proud to have. Not answering a question on the Ramayan doesn’t disqualify Sonakshi from being a good Hindu. She doesn’t need a certificate of approval from anyone.” 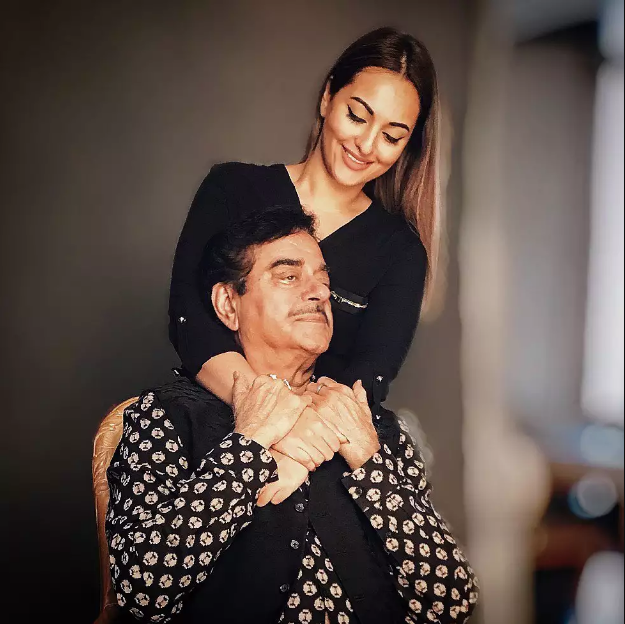 RECOMMENDED READ: They offered me the role of Shantanu: Mukesh Khanna reveals he rejected Ekta Kapoor’s ‘Mahabharat’, says she completely ruined the epic

Mukesh, who essayed the role of Bhishma Pitamah in Mahabharat had recently said in an interview “I think the reruns will be useful to many who haven’t watched the show earlier. It will also help people like Sonakshi Sinha who have no knowledge about our mythological sagas. People like her don’t know who did lord Hanuman get Sanjivani for. There is a video doing the rounds where few boys are asked whose Mama (uncle) was Kans and they got scared to answer. Some said Duryodhan, others said something else, so they are not aware of the mythology.”

The jibe on Sonakshi was ironic as Shatrughan is named after Lord Rama’s brother. His other three elder brothers are also named after Rama, Bharat and Laxman. Shatrughan had even named his bungalow in Mumbai as ‘Ramayan’ and his twin sons bear the names of Lord Rama’s sons Luv and Kush. Sonakshi was asked about a question on Ramayan on Amitabh Bachchan’s quiz show Kaun Banega Crorepati where she was asked for whom Lord Hanuman brings the ‘sanjeevani booti’ in the epic Ramayan. She had to resort to lifelines to answer the question. Sonakshi’s lack of knowledge brought a lot of memes on the internet.