‘Twitter is an American platform, absolutely biased and anti-India,’ reacts Kangana Ranaut’s sister Rangoli Chandel after her account gets suspended

Kangana Ranaut’s sister and manager Rangoli Chandel’s Twitter account has been suspended, although a snapshot of her original tweet that sparked the entire issue is still under circulation online. Reportedly, Rangoli’s account was suspended after she posted a few controversial tweets regarding the Moradabad stone pelting incident. She wrote what was considered as hate tweets aimed at a particular religious community that prompted many netizens to demand her account be suspended. Taking cognizance, Twitter suspended her account.

However, she shared an official statement regarding her account being suspended that reads, “Twitter is an American platform, absolutely biased and anti-India. You can make fun of Hindu Gods, call the Prime Minister and Home Minister terrorists, but if you say anything about people pelting stones on health workers and Police forces, they suspend your account. I have no desire of empowering any such platforms with my perspective and honest opinions, so I am not reviving my account. I was my sister’s spokesperson, now watch out for her direct interviews, she is a huge star she has many ways of reaching out. A biased platform can be easily avoided.” 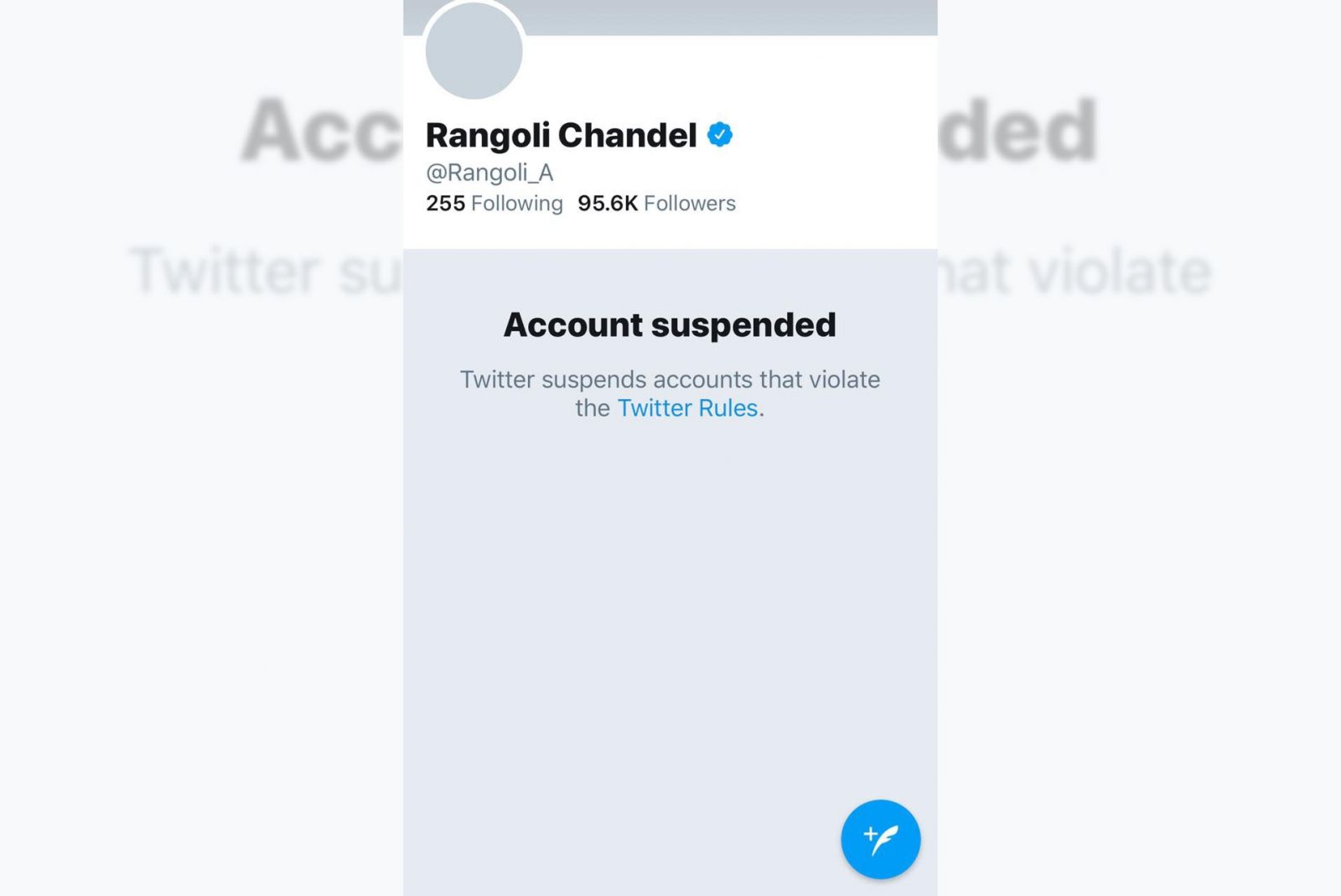 Rangoli and Kangana are known not to mince their words and to be pretty blunt. Rangoli has always been very verbal about her opinions on Twitter and has often raised valid points at the same time taking up fights with various Bollywood celebs.

Rangoli had earlier stated that she might start a YouTube channel to voice her and her sister’s opinions, should their social media accounts be suspended or compromised. It looks like they might resort to something else altogether.

I can't take Chulbul Pandey from Dabangg & Radhe back home, my parents would 'phatkao' me: Salman Khan

'Next time you'll see a mota parda between me and the heroine,' jokes Salman Khan, confirms 'kissing' Disha Patani through duct tape in Radhe!

'If people like Radhe: Your Most Wanted Bhai and once COVID-19 pandemic is over, we'll try to re-release on the big screen,' says Salman Khan