Advertisement
HomeBOLLYWOODENTERTAINMENT NEWSA lot of people say the role was tailormade for me: Ranveer Singh recalls why ‘Gully Boy’ was perfect for him

A lot of people say the role was tailormade for me: Ranveer Singh recalls why ‘Gully Boy’ was perfect for him

Actor Ranveer Singh has shared why the role of Murad in Zoya Akhtar's directorial Gully Boy was a perfect fit for him, saying that the character was an amalgamation of several things that resonated with him. "A lot of people who know me a little say that the role was perfect for me or tailormade for me and I will tell you why, because it was a combination of a lot of things that resonate with me very, very deeply," Ranveer said.

In the film, Murad is an underdog rapper from Dharavi, Mumbai. Ranveer says he wanted to give a tribute to his "karm bhoomi" and the film was the perfect opportunity. "One is my love for Mumbai, I am a bonafide Mumbai lad so my love for the city where I am born - yeh meri karm bhoomi hai, janam bhoomi hai. So, it means a lot to me and I am very proud of my city, mahanagri isse kehte hain and I see all the beautiful aspects of it and I wanted to lay tribute to it if the opportunity were to come about and Gully Boy was that perfect opportunity," he said.

RECOMMENDED READ: False and insensitive story: Deepika Padukone to NOT take over the post-production of Ranveer Singh's '83

Gully Boy is based on the lives of rappers Naved Shaikh, popularly known as Naezy, and Divine (Vivian Fernandes). In the film, Ranveer's character used rap as a tool to express his views on society and life in Dharavi, one of the largest slums of Asia. Ranveer, who has stamped his presence as a superstar of the industry with back to back blockbusters like Goliyon Ki Raasleela Ram-Leela, Dil Dhadakne Do, Bajirao Mastani, Padmaavat and Simmba among many others, said that the Akhtar created a "love letter" for the city with the film.

He said: "What Zoya created was a love letter to Mumbai and along with the theme of Mumbai city, there was rap and hip hop which also resonates with me very, very deeply. I started listening to rap and hip-hop at a very young age.  A cousin of mine used to come over from the United States and being cassette tapes of Tupac Shakur and we used to listen to it and not that I understood those mature themes or was familiar with the language, but at that age was also realised that there was something very authentic about this man's expression and I got hooked onto that kind of music very early on and have been listening to hip hop ever since. So much so that I used to look up lyrics on the internet, learn up the lyrics." 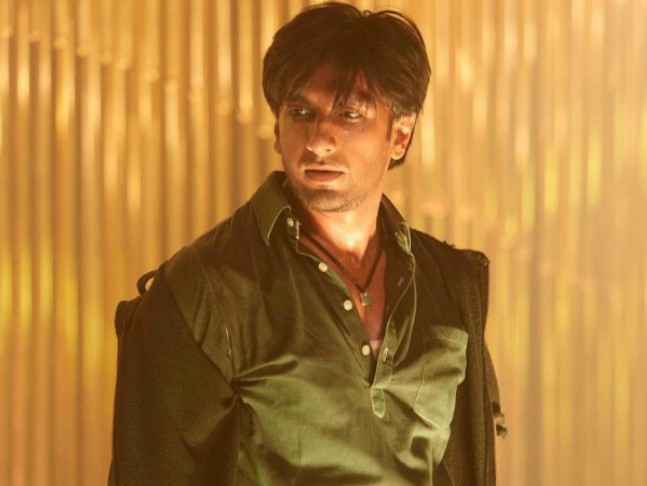 Along with his love for Mumbai, his love for hip-hop was also a huge factor for him to sign Gully Boy. "I always had a great love for hip hop. So, Mumbai coming together with hip-hop, it was absolutely a dream role for me but even beyond these themes of Mumbai city and hip hop culture that there is this thing I really connect with - he is someone who didn't compromise on his dream." He drew comparisons between him and his character Murad. "The essence of the character, the core of the character and that is something I really, really resonated with. Because I always wanted to be an actor, just the way this guy always wanted to be a rapper and the conditions he finds himself in, the given circumstances aren't necessarily favourable in achieving this dream of his. But he perseveres, believes in himself and finally makes it," he said.

Ranveer thanked Akhtar for giving him Gully Boy: "My connect with the character was at a very deep level and Gully Boy has been one of my most rewarding experiences. I am ever so grateful to Zoya for making me a part of it."