Watch: Karan Johar calls his son Yash 'pretty', his reaction will leave you in splits!

'Lockdown with Johars' is pretty much the quirkiest thing on social media these days. Karan Johar, his kids Yash and Roohi, and their hilarious antics never fail to make us laugh and today's gem was no less. The latest episode ft Johars was about 'jewel thief' Yash. Roohi can be seen playing with her accessories with Yash checking out her sister's jewellery. "Roohi, I believe you are throwing a party," asks Karan to which Roohi replies, "No, Yash is having a party." KJo further pulls Yash's leg and compliments him for wearing Roohi's necklace by calling him "pretty." However, the young one gives it back instantly, "I am not pretty, I'm Yash bhaiya." LOL.

That's not it. While Papa KJo asks the twins if their grandmother Hiroo is pretty or not, Yash makes a dash and runs away with Roohi's necklace. "He's run away with your jewelry. Go, get your jewelry, he's a jewel thief," Karan shrieks. 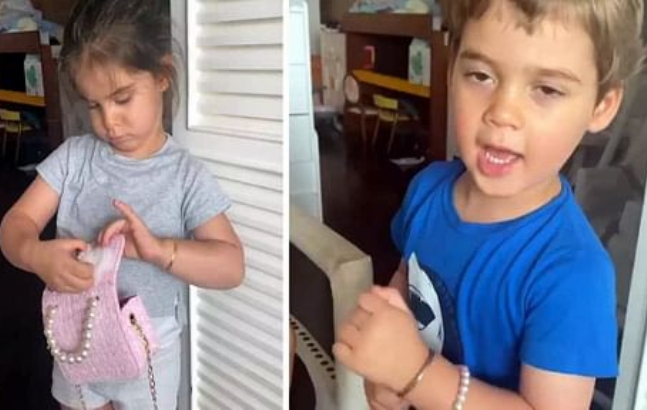 Recommended Read: Watch: Karan Johar’s twins Yash and Roohi are all set to give the superstars a run-for-their-money as they excel the filmmaker’s screen test

KJo and his kids definitely are not leaving any stone to keep us amused and entertained. Making cabinets as makeshift bunker beds, giving their screen tests, raiding Karan's expensive wardrobe and even his bathroom, you name it and these Johars are here to roll the dice!