With the COVID-19 pandemic, the entertainment industry, amongst others, have been hit hard. With shoots being on a halt and film releases getting pushed, the film industry has been put on a hold for almost 3 months now.  Amongst several films, Kangana Ranaut's Thalaivi is also in trouble due to the lockdown. With two grand sets built in Chennai and Hyderabad for an extensive shoot schedule, they stand unused due to the lockdown for the past six weeks. Shaailesh R Singh, the producer of the late Tamil Nadu CM's biopic, during an interview with a leading daily, told that the team has to wrap the outdoor schedule before the monsoon arrives. If not, then reconstruction of the sets will prove to be an expensive option. Now, the latest report suggests that the team of Kangana's film will be unable to shoot as the climax of the J Jayalalithaa biopic requires her to shoot with a crowd of over 300 people, which is at odds with the current guidelines.

After a long wait of over two months, Bollywood will gradually resume shoots from June 15, following the guidelines that have been laid down by the state government. But looks like Kangana will have to wait a little more to return to the sets of Thalaivi. With only 25 days of shoot remaining, director AL Vijay was keen to kickstart the shoot at the Ramakrishna Cine Studios in Hyderabad. "In the climax, Kangana will be seen stepping out of the legislative assembly as a crowd awaits her. The makers wish to film the sequence on a large scale with 350 people. However, the current guidelines suggest that only 33 percent of the original crew strength can be present. Since the makers intend to shoot the remaining portions in a start-to-finish schedule, they have decided to hold off the entire schedule until it is safe to shoot with a crowd," revealed a source. 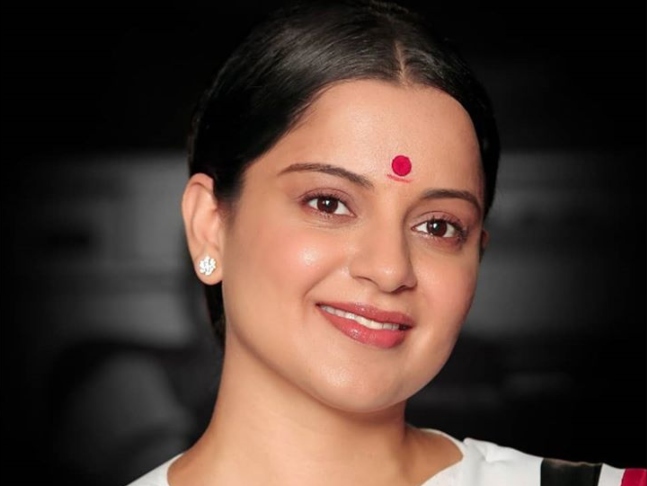 Thalaivi, also starring Arvind Swami, was scheduled to release on June 26, however, it will certainly get pushed forward.