After nearly three months of lockdown, film industries across the nation are gearing up to unlock. With a number of big-budget films stalled due to the Coronavirus pandemic, directors and producers are charting plans to resume shooting at the earliest but with utmost safety of the cast and crew. Among the first to start work will be Sanjay Gupta directed Mumbai Saga. The film that features John Abraham and Emraan Hashmi in the lead was inching towards completion and targetting a June release. However, now, after the Telangana Government issued a go-ahead, the team of this Bhushan Kumar-Anuradha Gupta production will head to Ramoji Film City in Hyderabad next month to finish the leftover portions. Director Sanjay, in an interview with a leading daily, confirmed the same and said that the premise is well equipped and since everything is available within the studio premise, risk will be less.

"We are planning to shoot in Ramoji Rao Film City as they have all the facilities and equipment required, including an in-house crew and technical staff, along with hotels for the team from Mumbai. It’s all contained within the studio premises and that cuts down on the risk," Sanjay told. 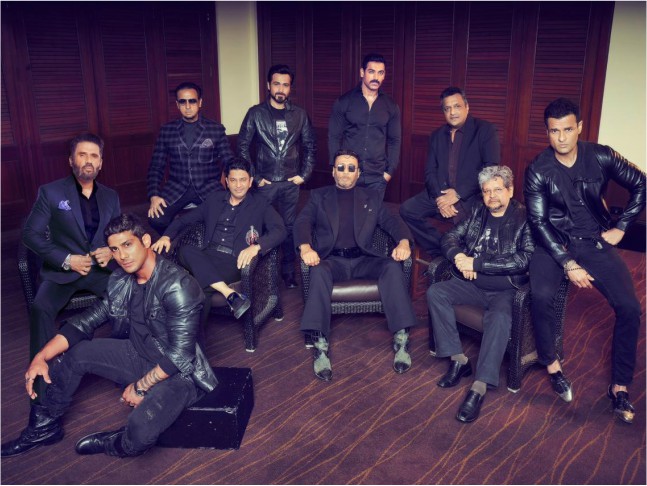 Recommended Read: Alia Bhatt's 'Gangubai Kathiawadi' to reportedly be the first film to resume shooting amid lockdown 'with necessary precautions'

While the team of Mumbai Saga including Suniel Shetty, Jackie Shroff, Gulshan Grover, Rohit Roy, Samir Soni, Amole Gupte, Prateik Babbar and Kajal Aggarwal will head outside Mumbai for shooting, Ranbir Kapoor and Sanjay Dutt will reportedly wrap up the pending portions of their Yash Raj Films' outing Shamshera in the city itself. According to a leading daily's report, merely four days of patchwork on the dacoit drama is left. A source close to the development informed that Karan Malhotra, the director, is planning to wrap it up inside Yash Raj studios with limited crew members present. However, the dates will be issued once they get a go-ahead from film associations. Shamshera features Vaani Kapoor too.

"The film's principal shoot was complete when the lockdown was announced. Director Karan Malhotra and his team utilised the stay-at-home period by beginning the post-production work. As their next step of action, Karan and Yash Raj Films' head honcho Aditya Chopra have decided to film the remaining portion inside the YRF studio with limited crew, keeping the logistics and safety precautions in mind. The shoot dates have yet to be determined as the makers are awaiting an approval from the Producers' Guild. They have also sought the permission of the Federation of Western India Cine Employees to enable daily wagers to resume work on the project," the source said.