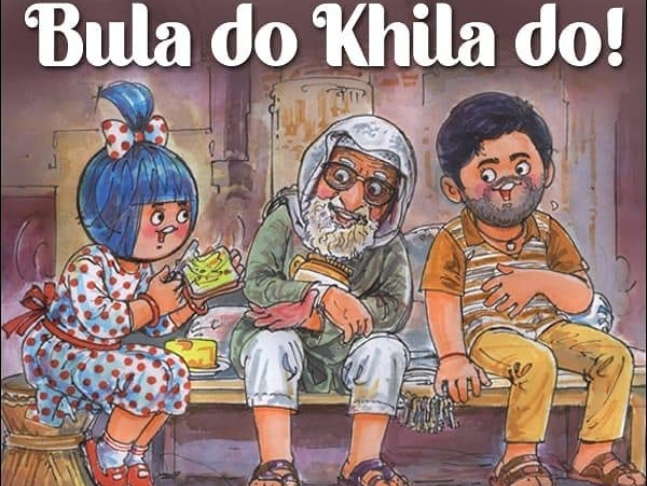 Amitabh Bachchan and Ayushmann Khurrana-starrer Gulabo Sitabo has been receiving rave reviews ever since it's release on Amazon Prime Video. Now, the Amul Girl has also joined the appreciation bandwagon and praised the "priceless jodi"

The brand took to its social media to share the caricature of the two actors and captioned it as, “#Amul Topical: Big B and Ayushmann co-star in Gulabo Sitabo!" See the post here:

#Amul Topical: Big B and Ayushmann co-star in Gulabo Sitabo!

The cute jodi of Tom and Jerry of 'Mirza Sheikh', played by Amitabh and 'Baankey Sodhi', essayed by Aushmann sat next to the Amul girl flaunting their 'utterly radiant smiles'

Directed by Shoojit Sircar, this comedy-drama revolves around a miser Haweli owner Amitabh and his poor tenant Ayshmann. It is written by Juhi Chaturvedi and produced by Ronnie Lahiri and Sheel Kumar.