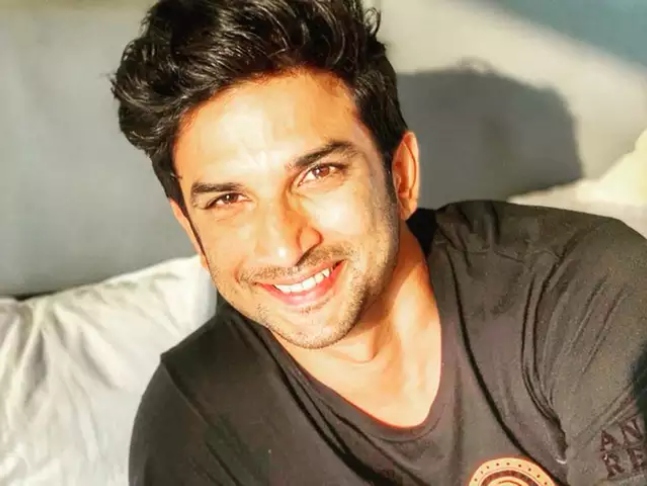 Sushant Singh Rajput sent the nation into a zone of shock by leaving for his heavenly abode, untimely. The 34-year-old actor died of suicide at his Bandra residence on Sunday. Survived by his father KK Singh and elder sisters, Sushant bid a tearful goodbye. With the news, his family, friends and fans are shattered. Paying a tribute to the talented star we lost too soon, Sushant's team launched a website selfmusing.com in his loving memory.

On Tuesday, Sushant's team, on his Facebook account, shared the link of the website and informed his followers that it will be a platform to celebrate the actor's spirit. The website, according to the description, will be a place where Sushant's thoughts, learnings and wishes will be documented. Making sure he is 'always alive', selfmusing.com will cherish his memories forever. 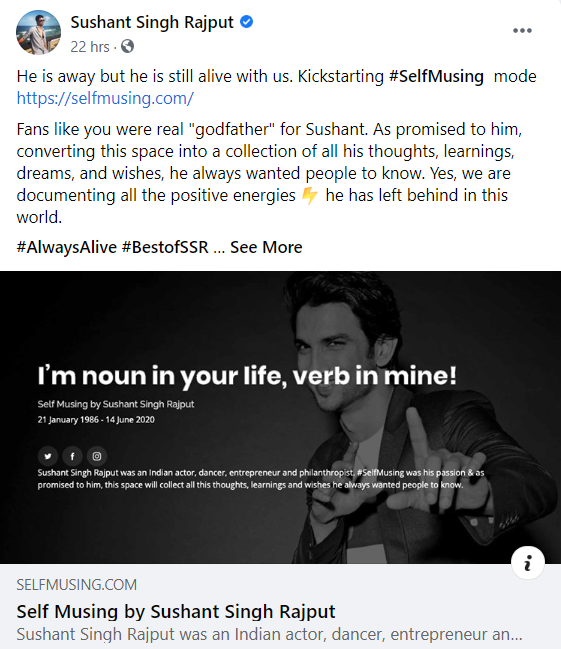 Recommended Read: The distinction between success and failure didn't matter to him: Anand Gandhi shares a eulogy for Sushant Singh Rajput

Sushant was cremated by his father and sisters. Due to the ongoing Coronavirus crisis, a limited number of people were allowed inside the crematorium. Celebrities like Shraddha Kapoor, Varun Sharma, Kriti Sanon, Tahir Raj Bhasin, Ekta Kapoor, Vivek Oberoi and others gave a tearful send-off to the talented actor. A total of 20-25 people were present at the time of the funeral. Sushant's ashes will be immersed in the river Ganga by the family members.

His last film Dil Bechara will be getting an OTT release soon. However, fans are requesting the makers to give it a theatrical release so that they can pay tribute to their star with a standing ovation.