Advertisement
HomeBOLLYWOODENTERTAINMENT NEWSShe is the hero and villain: Raveena Tandon on her character in Yash's 'KGF: Chapter 2'

She is the hero and villain: Raveena Tandon on her character in Yash's 'KGF: Chapter 2' 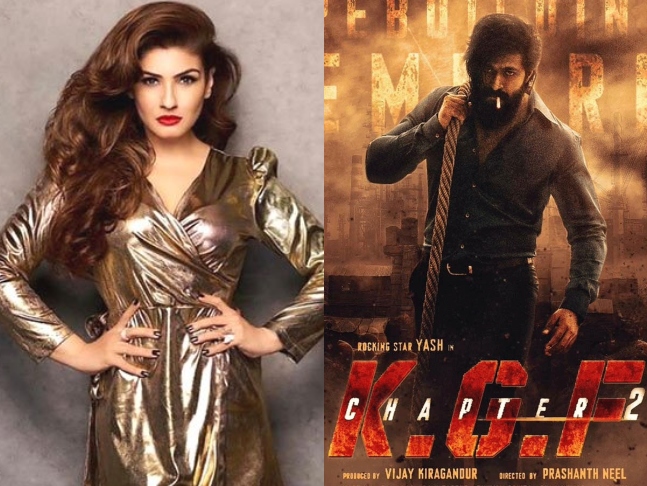 After the successful first chapter of KGF, the makers left fans excited by announcing its sequel. The film's shoot is said to be completed and only dubbing remains. While KGF: Chapter 2 is scheduled to release on October 23, in-depth details of characters played by Yash, Sanjay Dutt and Raveena Tandon are kept under tight wraps. However, Raveena, during an interview with a leading daily, dropped in a few hints. The actress told that she will be playing a politician. She added that her character can be classified as the hero and villain who has an interesting story arc. Raveena's character's name is Ramika Sen.

"I am playing a politician, a strong character. She is the hero as well as the villain of the film, with a very interesting story arc," Raveena told.

The lady who issues the death warrant has arrived A warm welcome to you @officialraveenatandon mam... The energy you have brought to our set is refreshing!! #ramikasen in the building!! #kgfchapter2

KGF: Chapter 2 is directed by Prashanth Neel. The film is produced by Hombale Films and will be releasing in four languages like its predecessor in Hindi, Tamil, Telugu, and Malayalam. KGF Chapter 1 marked Ritesh Sidhwani and Farhan Akhtar's Excel Entertainment's first Kannada venture and now the production house is elated to be associated with a mega ambitious project with KGF: Chapter 2.