Advertisement
HomeBOLLYWOODENTERTAINMENT NEWS‘She has been through a lot and worked hard to earn the respect and fame,’ says Adhyayan Suman as he praises ex-girlfriend Kangana Ranaut

‘She has been through a lot and worked hard to earn the respect and fame,’ says Adhyayan Suman as he praises ex-girlfriend Kangana Ranaut

Adhyayan Suman and his father Shekhar Suman have often gone ahead to spew venom on the former’s ex-girlfriend Kangana Ranut. However, now in a recent interview, Adhyayan did a complete turnaround and has said that he respects his ex-flame a lot. He had called her violent and abusive previously and even accused her of practicing ‘black magic’.

Adhyayan was speaking to an online portal on the topic of nepotism and groupism. He stated that he is a star kid but hasn’t done any films with big banners. He said that the fight shouldn't be against nepotism but groupism in Bollywood. In the same breath he lavished praise on Kangana and said, “The industry is like a business proposition. If you can’t help earn profit from the money invested in your films then you are of no use. You will seldom see that people establish themselves from scratch again. There are several great examples who have done exceptionally well. People say that I keep talking ill about my ex. But I have always made it clear that I respect Kangana a lot. She has been through a lot and worked hard to earn the respect and fame that she enjoys today. She is the perfect example who fought the bigger people in the industry and made a huge name for herself. So hats off to her.” 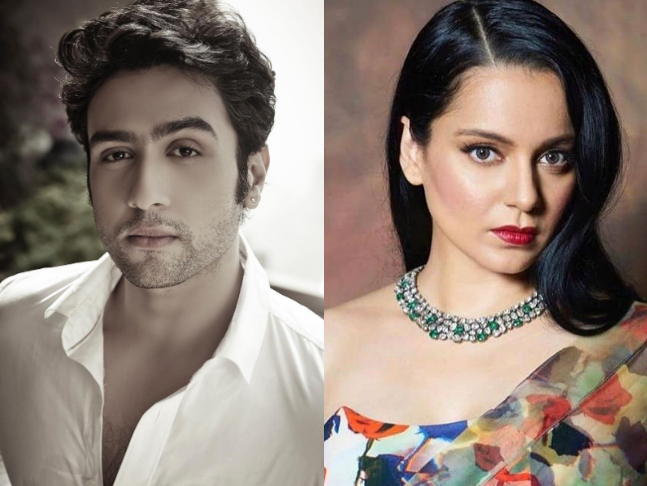 RECOMMENDED READ: My PRs were told that none of my articles will be printed as I'm a 'flop actor': Adhyayan Suman

He further said, “Then there are other actors like Ayushmann Khurrana, Rajkumar Rao, Kartik Aaryan. Kriti Sanon, Shah Rukh Khan and Akshay Kumar. So if you say that outsiders are not being given chances then I think that’s unfair and wrong.”

In the same interview, Adhyayan revealed that he had 14 films in hand but all got shelved due to groupism that he faced in Bollywood.