Veteran Bollywood actor Amitabh Bachchan and his son Abhishek Bachchan were tested positive for the novel COVID-19 on Saturday. As they are currently recovering at the Nanavati Hospital in Mumbai, their family members including Jaya Bachchan, Aishwarya Rai Bachchan and Aaradhya Bachchan were also tested. Their reports arrived a while ago. The BMC Commissioner Vikas Mote, today, released the results of Jaya, Aishwarya and Aaradhya along with Shweta Bachchan Nanda, Navya Naveli Nanda and Agastya Nanda who reside with the family in their Mumbai bungalow.

As per the reports, Aishwarya and Aaradhya were found COVID positive. Jaya, Shweta, Navya and Agastya were tested negative. Aaradhya is mildly symptomatic while Aishwarya is asymptomatic. Maharashtra Health Minister, Rajesh Tope, on his Twitter handle, confirmed the same and wished the family a speedy recovery. 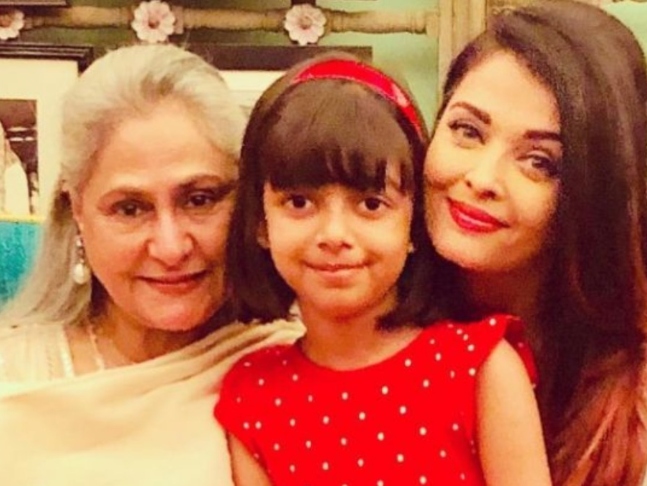 The Bachchans' bungalows- Jalsa, Janak and Prateeksha were sanitised by BMC officials this morning. Jalsa has been sealed. Earlier this morning, Mr. Tope gave an update on Mr. Bachchan's and Abhishek's health. He informed in a video statement that they are now stable with mild fever and cough. According to the doctors at Nanavati Hospital, Mr. Bachchan's fever has subsided while Abhishek is also recovering but still has a sore throat.