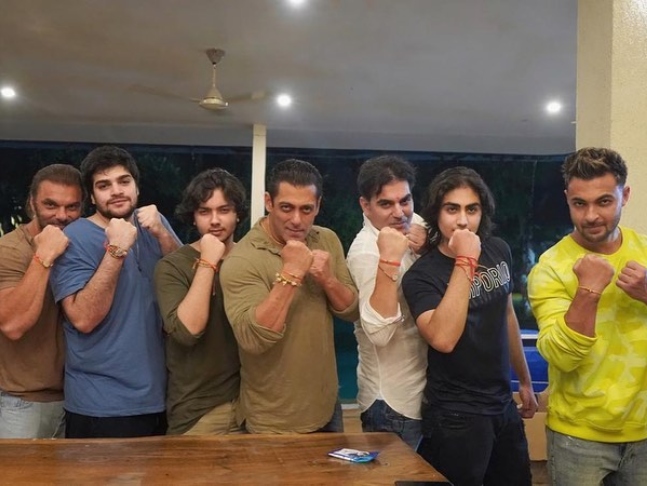 Salman, on Instagram, shared a picture from the Khan family's Raksha Bandhan 2020 celebration. In the image, we can see Salman, Sohail, Arbaaz flaunting their rakhis with Aayush Sharma (husband of Arpita Khan Sharma), Nirvan Khan (son of Sohail), Arhaan Khan (son of Arbaaz), Atul Agnihotri (husband of Alvira Khan Agnihotri) and other members of the clan. "Happy Raksha Bandhan!," the actor captioned the image.

Workwise, Salman will resume work on Radhe: Your Most Wanted Bhai once normalcy returns. He will also start shooting for Kabhi Eid Kabhi Diwali too. The third installment of the Tiger franchise is in the pipeline and will be announced soon.

Currently, he is at his Panvel farmhouse and is keeping himself occupied with farming. The superstar, at regular intervals, kept sharing photos from his lush green farm where he was seen planting rice saplings during monsoon season.