Advertisement
HomeBOLLYWOODENTERTAINMENT NEWSDid you know Govinda was the first choice for Babban in Tezaab and not Chunky Panday?

Did you know Govinda was the first choice for Babban in Tezaab and not Chunky Panday?

Chunky Panday is indeed a true entertainer. Be it comic roles or villainous avatars, the actor has emerged to be an audience favourite with every new film. While he has done numerous films in his 3-decade long career, Tezaab remains to be an iconic one for sure. But did you know the character of Babban was first offered to Govinda and not Chunky? Well, yes. The actor during an interview with a leading daily, revealed that Govinda got busy post Ilzaam and director N. Chandra approached him for the role.

"Tezaab was offered to Govinda first. I’d auditioned for a film called Roshni before Aag Hi Aag and though I didn’t land that role, Chandra promised to return with a big film. I’m lucky he saw me in Babban and so, shot some extra scenes with me, even giving me the evergreen ‘So Gaya Yeh Jahaan’ before the heavy climax," Chunky told. 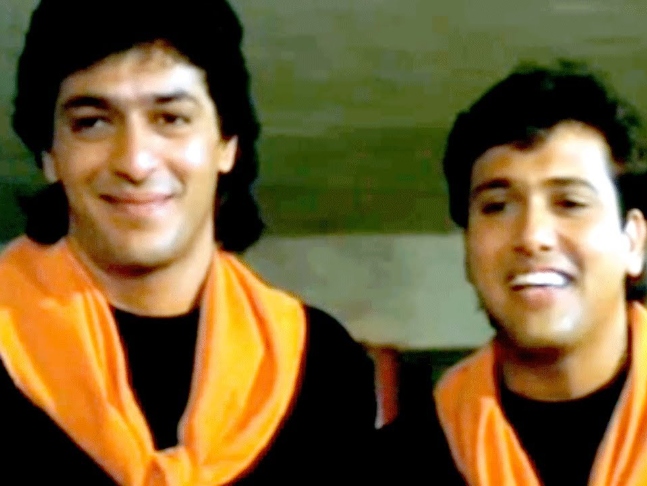 Recommended Read: If you're spending crores to make a film with someone else’s child, then it's business: Chunky Panday on daughter Ananya's launch and the 'star kid' debate

Talking about Tezaab, Chunky recalled the time when Anil Kapoor and he went to grab a bite at an eatery, leaving the manager shocked. "The shocked manager looked us up and down and asked if he should call the doctor. That’s when we realised we were still wearing our blood-splattered costumes," he added.

Tezaab released on November 11, 1988. The film also featured Madhuri Dixit in the lead. Soon after its release, the film became a blockbuster and is one of the cult classics.