A day after celebrating his 50th birthday on August 16, Saif Ali Khan announced that he will be penning his autobiography. The actor who is expecting his second child with his wife Kareena Kapoor Khan in 2021, will be shedding light on his family, career, success, failures, influences and inspirations. The book will be published in 2021. Talking about her husband's autobiography, Kareena, in an interview with an entertainment portal, quipped that she is 'scared' for him as 'he holds no bars'. Revealing her reaction, Kareena said she has told Saif that she will be editing it before him. 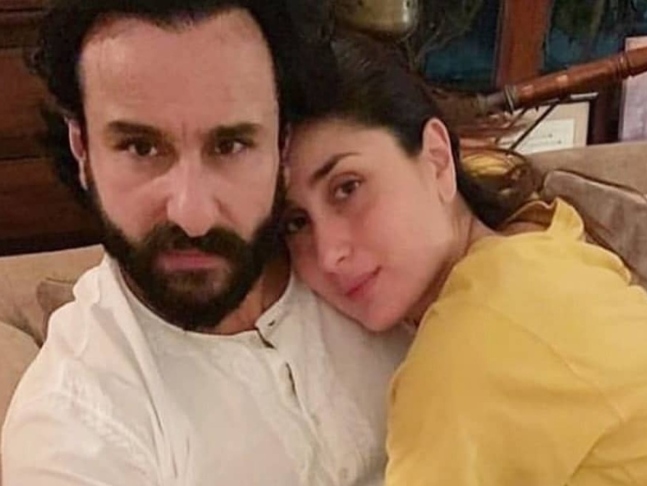 Recommended Read: Saif Ali Khan announces his autobiography, calls it a 'selfish endeavour'; book to be out on stands in 2021

Kareena, on Saif's 50th birthday, hosted an intimate party at home with close friends and family members in attendance. Making the day special, she showed a beautiful video to the guests and Saif that captured all his precious and important moments in a 22-minutes. Talking about the video and autobiography, Kareena said it will introduce the readers to a different Saif. "When I was putting it together I was like oh my God, it's not just about films. It's like whole of his life flashing in front of you and I thought it's been such a brilliant journey. There's so much to say, such fun things to talk about because he's an actor who has not just experienced life in the movies but he's done his school in England, stayed in Delhi, came to Mumbai and had his little bit of struggle which actually nobody talks about. His struggle in early '90s, people just assume that okay fine he just probably had it easy but he didn't from not actually knowing how to speak Hindi to actually playing the roles that he plays now be it in Omkara or Tanhaji. So it's going to be an interesting read, that's for sure," she added.