Will have to restructure the set: Anees Bazmee on re-starting shoot of Kartik Aaryan's and Kiara Advani's 'Bhool Bhulaiyaa 2' soon

Kartik Aaryan is all set to step into the humongous shoes of Akshay Kumar as he takes on the sequel to his 2007 horror-comedy Bhool Bhulaiyaa. Bhool Bhulaiyaa 2 will be directed by Anees Bazmee and will have Kartik and Kiara Advani in the lead. The film is a standalone sequel of the 2007 hit Bhool Bhulaiyaa, which starred Akshay Kumar and Vidya Balan and was directed by Priyadarshan. On October 9, 2019 the team of Anees' film had started the shoot. However, the shoot was stopped in March due to the Coronavirus lockdown.

Now, like several other makers, Anees is planning to restart the shoot of his film soon but he has another challenge in front of him. The film's set, which was standing unused in Lucknow for the past six months, has been compromised in the monsoon. "We had created a haveli in Lucknow. Now that the monsoon is over, we will have to restructure the set and polish it before we start shooting. It needs a little bit of work. I will initiate talks with my art directors on the way forward," explained Anees. 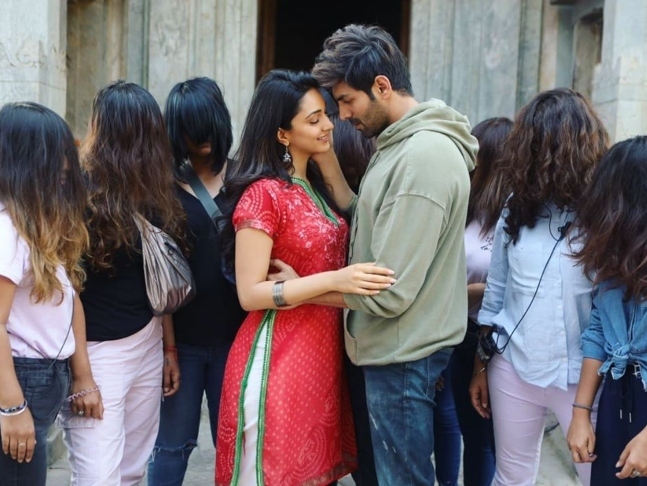 The director admitted that he is raring to return to the familiarity of a film set after spending half the year in lockdown. While the makers had earlier contemplated kicking off work by December, they have done a rethink. "We have decided to accelerate the process and resume shoot as soon as possible; it could be next month. The producers are working out the logistics while we get the combination dates of actors."

Bhool Bhulaiyaa 2 is produced by Bhushan Kumar and Murad Khetani. The film was expected to hit the screens on July 31, 2020. However, due to the COVID-19 pandemic, it got postponed. The shooting, that was earlier slated to be completed by March, will now reportedly complete by year end.