Sonam Kapoor Ahuja slams an influencer for calling husband Anand Ahuja 'the ugliest', says 'painful to hear things like this'

Sonam Kapoor Ahuja has slammed a US-based influencer for her hate message on Instagram. Sonam, who has been dealing with hate comments and trolls for nepotism for a long time now, received a merciless hate message this morning that did not even spare her husband Anand Ahuja.

The user named Stuti, an influencer based in the US, bashed Sonam for 'talking fake shit about patriarchy and feminism'. Calling her a bad actress, she further went on to call Anand the 'ugliest'. Sonam, known for taking a stand for what she feels is right, did not remain silent about it. The actress posted a screenshot of the message along with Shruti's Instagram ID and slammed her. She wrote, "This American influencer is saying the most vile things to me. It's awful and painful to hear things like this." 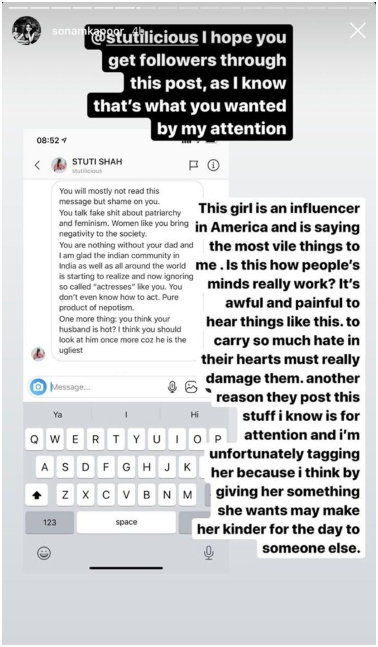 Soon, Sonam mentioned that this was the last hate comment that she shared on her profile and that she will be sharing more positive ones to prove 'there are more positive people than the negative ones'. 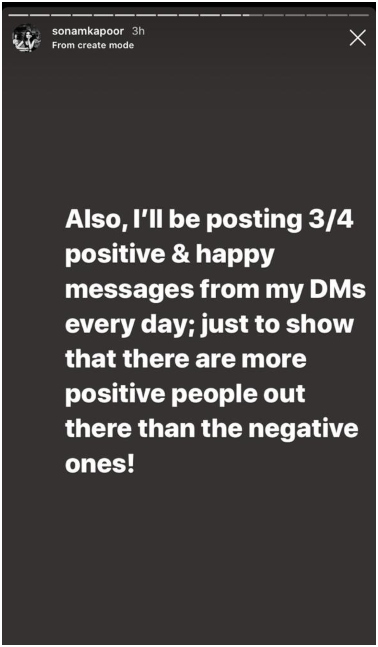 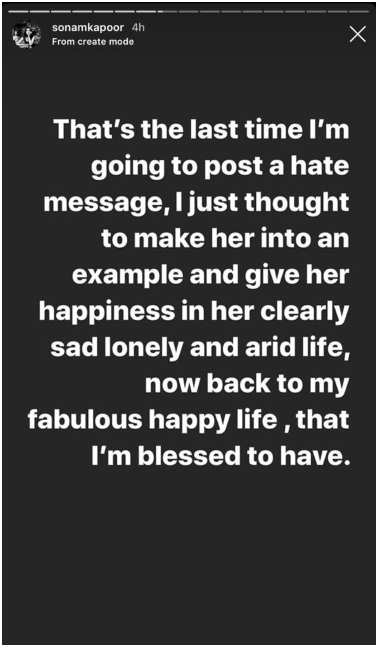 Soon after, the actress received a number of positive messages out of which she uploaded some on her Instagram stories.